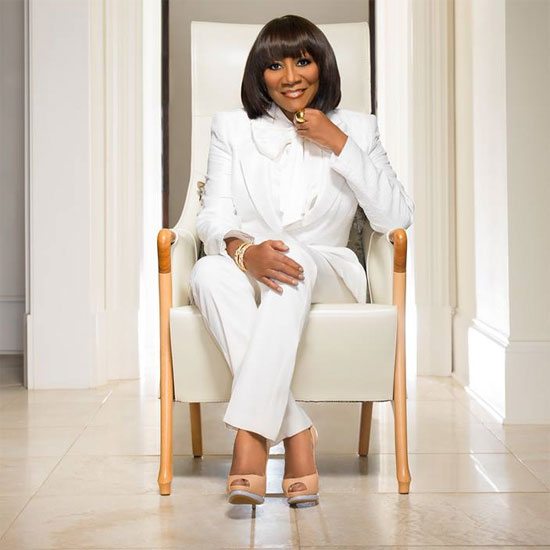 For nearly six decades, Patti LaBelle has enjoyed one of the longest and most lauded careers in music. From her days as the frontwoman of Patti LaBelle & The Bluebelles in the 1960s to her mainstream success a respected soloist today, LaBelle -- the icon, author and actress -- is next in line to receive the Musical Arts Award for her contributions to contemporary music at the BET Honors 2016.

Patti’s crossover success includes a handful of hits and 50 million records sold worldwide. She’s garnered two GRAMMY Awards, over a dozen nominations and an induction into the GRAMMY Hall of Fame for her group Labelle’s 1974 classic “Lady Marmalade.” Revered for her exceptional philanthropic work and her steadfast entrepreneurial spirit on top of her powerhouse vocals, Patti LaBelle is a Philadelphia soul music staple as she continues making strides year after year on stages across the globe.

Musically, she’s respected and loved for her dramatic soprano, but she’s also cherished for her nurturing spirit and the special touch she has in the kitchen with her soul food dishes. She most recently made headlines during last year’s holiday season with her record-selling sweet potato pies at Walmart after the support went viral. Even at 71, Patti LaBelle is showing no signs of slowing down anytime soon.

Patti joins four other moguls at this year’s BET Honors including Public Service Award honoree and the first African-American U.S. Attorney General Eric Holder; Television and Film Award recipient Lee Daniels, creator of the hit show Empire; Corporate Citizen Award honoree Mellody Hobson and The Business of Entertainment Award recipient L.A. Reid, best known for creating the LaFace sound of the '90s. Comedian/actor Arsenio Hall will also serve as host of the network’s ninth annual ceremony, which should be taping in Washington, DC soon after being cancelled due to Winter Storm Jonas and is scheduled to air on Tuesday, February 23rd at 8 p.m. ET.