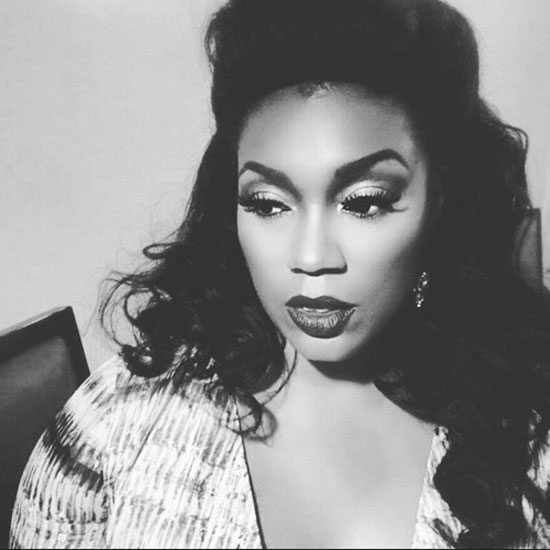 It's been a little under two years since we've gotten new music from the artist formerly known as Lysette Titi. Since she wanted us to take a "Leap" for love, she's adopted the new name Oweleo. What hasn't changed, however, is the quality of her music as heard on her new single "T*R*I*P*P*I*N," which SoulBounce is delighted to world premiere. And she's still singing about love -- the kind that's so good it's got you straight trippin', boo.

The Maryland native and former lead singer for go-go greats Backyard Band has decided to take it back to her roots on "T*R*I*P*P*I*N" with a hip hop soul joint that sounds straight outta the '90s. No stranger to the sound of that decade, Oweleo, then known simply as Lysette, released her debut single "Young, Sad and Blue" almost 20 years ago. So for her to add her candy sweet vocals atop a head-nodding, body-rocking beat and sample is nothing new for the singer.  She's been there, done that and is still doing it well on "T*R*I*P*P*I*N."

On the track, Oweleo's lover has got her lifted off of that good-good and, just like a fiend, she can't wait to get another hit. The love as a drug metaphor has been heard before, but we're feeling the spin that Oweleo has put on the popular theme; plus she sounds so good singing it, at times giving a pinch of Janelle Monáe vibes. "T*R*I*P*P*I*N" will be found on Oweleo's upcoming mixtape to be released in March and is sure to include more hip hop soul bangers like this.

If you happen to be in the Washington, DC area this week, then you can catch Oweleo live and direct for two shows at Blues Alley on Thursday, February 4th. Tickets for the 8 p.m. and 10 p.m. are available online or can be purchased at the door. It should be a good time, and if you show up then trust and believe that this seasoned performer will show out. For all those who can't make it to DC to see Oweleo in concert, simply press play on "T*R*I*P*P*I*N," pump up this jam and pretend like you're there. 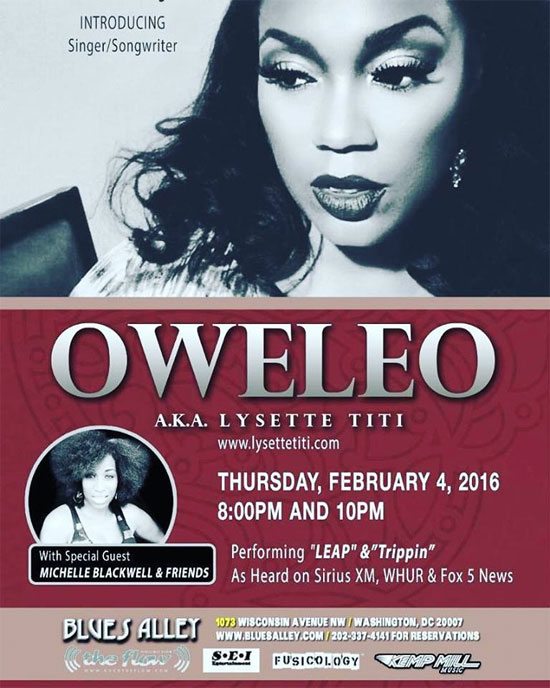