STELLA Is No ‘New Toy’ 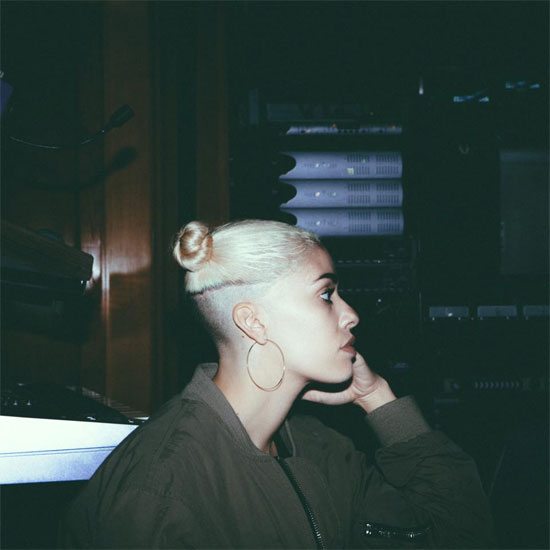 Alternative R&B singer STELLA is no “New Toy” on the music scene. SoulBounce has kept an eye on her since naming her a Bounce-Worthy artist in 2014. While STELLA has music in her blood via her famous father Carlos Santana, SoulBounce has watched her make a name for herself in her own right. Reborn as simply STELLA, the talented songstress has dropped a soulful single, “New Toy,” from her upcoming debut LP Selfish, to cement her transition into a blossoming musical career sans her last name.

“New Toy” is the perfect blend of alt-R&B and melancholy electro-pop, a unique sound that STELLA excels at. She worked with Jared Evan on the track, who has produced and collaborated with a range of artists including Pharrell Williams, Rapsody and !llMind. Soft chords usher us in “New Toy” before being joined by some textured bass, deep kicks and a sharp crisp snare drum. STELLA's jazzy, velveteen voice floats on top of the track and adds more depth and texture. “New Toy” is all about breaking free from the cycle of being someone's “toy.” STELLA explained in an interview with IDOL Magazine that she wrote the track "after noticing, in different relationships, that I thought I was being liked for who I was as a person –  but that wasn’t actually the case." You can feel this pain in "New Toy" as she sings to a lover, “I'm not your toy / For you to destroy.” Ultimately, STELLA reclaims her autonomy and declares, “You can't unwrap me for awhile / So you can try me out.” “New Toy” is a track that resonates with anyone who's been played around with in the name of love. Even more than that, it's an anthem for those of us who need to stand up and stop the vicious cycle.

“New Toy” is the first single released from STELLA's forthcoming debut album Selfish, which is set to drop sometime this year. She's currently finishing up an international tour with upcoming shows in London on February 24th and in New York on March 10th. Listen to “New Toy” below and keep an eye out for Selfish or any other projects by following STELLA on her Facebook and Twitter.