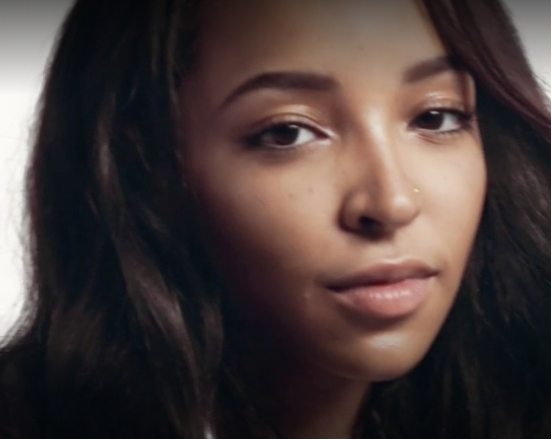 Roberta Flack's classic track “Killing Me Softly With His Song” got a modern twist via The New York Times' T Magazine. The publication brought together several young black female artists to contribute their own vocal talent on a cover of the song. Up-and-coming rapper Lord Narf opens the video with her own freestyle before songstresses Tinashe, Empress Oh, Abra, SZA and Jean Deaux lend their voices to the project. They each sing individual lines from “Killing Me Softly,” adding their own unique and personal embellishments and vocal personalities. Dej Loaf, who collaborated with Tinashe on a remix last year, ends the video with another freestyle. “You can tell she got a lot of pain in her...she ain't really want the fame, it just came with it,” she raps. While Dej Loaf's line doesn't directly connect with the original song, her take on a woman's pain is entirely reflective of the song's core message.

While the video is short, it's important as a project because it's representative of modern music paying homage to the continuing influence and presence of music of the past. To see these young women of color celebrating one of the greatest musical and cultural pioneers is a celebration of Black womanhood in a month where we celebrate Black history. The only problem with the video is that it isn't long enough! Hopefully there's a full length version released soon. In the meantime, check out the clip below to see this artistic combination of the past and the future.