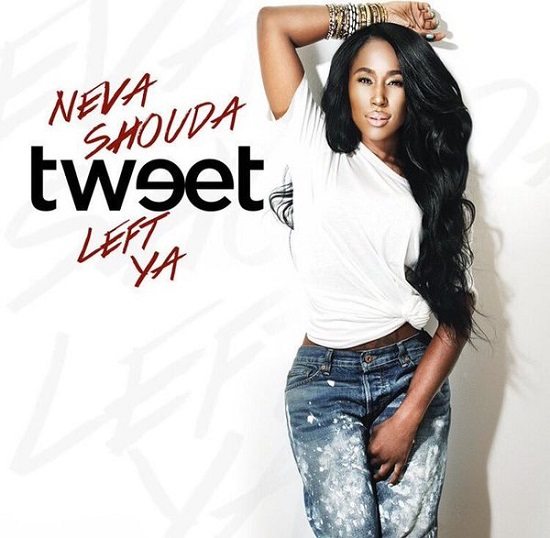 We're just weeks away from wrapping our ears around Tweet's newest album, Charlene. We've already been groovin' to singles like "Won't Hurt Me" and the recent "Magic" and it's safe that our anticipation is at an all-time high. Today, Tweet continues to stoke our anxiousness by releasing yet another  new track from the album, "Neva Shouda Left Ya."

Whereas the two previous singles were a bit on the smoother side, Tweet spices up "Neva Shouda Left Ya" with a bass line that won't quit and some bluesy guitar as she expresses regret over leaving a past love. "I've realized that I made a mistake / And I neva shouda left ya," she sings on the chorus as satin-soft harmonies accompany her. While we love to hear Tweet over any track, it's nice to hear something slightly more uptempo from the album, as the singer is known as much for her danceable numbers as she is for her ballads. This one is definitely worthy of at least a two-step and maybe even a little more.