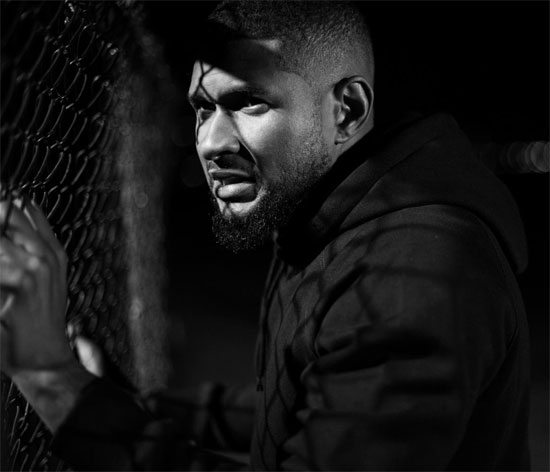 Usher’s latest music video for his single “Chains” takes on a cinematic approach to unleash a bold look at racial injustices prevailing in neighborhoods around the country. Fast-paced but effective in its delivery, the message in “Chains” is driven home with chilling verses from hip hop frontrunner Nas and vocalist Bibi Bourelly.

It’s not the typical R&B/soul number you’re possibly expecting from the eight-time GRAMMY-winning entertainer who is easily one of the best-selling music artists of our time. It does, however, tell a story – one that keeps an assured, grown up, socially conscious Usher Raymond in tune with the world around him. He’s obviously not the only one reading the news nor is he choosing to avoid it. With “Chains,” Usher has had enough and now he’s doing something about what he sees.

“'Chains’ is my way of spreading light on the issues we face in our social justice system,” said Usher via Twitter. “As artists we have to use our platform to spread awareness and inspire action.”

The black-and-white "Chains" visual contains plenty of action and jump cuts which may render a second or third viewing. Scenes of guns, arrests, protests and tears at a funeral all come to the surface before an emotionally charged reveal. “Chains” takes us on a journey involving that same sensitivity and awareness needed for a nation crying out in pain, seeking answers and praying in church. Usher and his featured guests share poetic and profound lyrics like "You act like the change / Tryna throw me in chains / Don't act like you saving us / It's still the same."

Directed by Ben Louis Nichols, “Chains” aggressively pierces the soul, looks you straight in the eyes and visually confronts a world gone awry.

Usher’s “Chains” will be part of his upcoming full-length album entitled Flawed due later this year.


TAGS:  Ben Louis Nichols, Bibi Bourelly, nas, usher
Previous: BJ The Chicago Kid Takes Us Inside The Studio For ‘Turnin’ Me Up’ Next: Anderson .Paak & The Free Nationals Take ‘The Late Show’ To ‘Silicon Valley’ With ‘Carry Me’