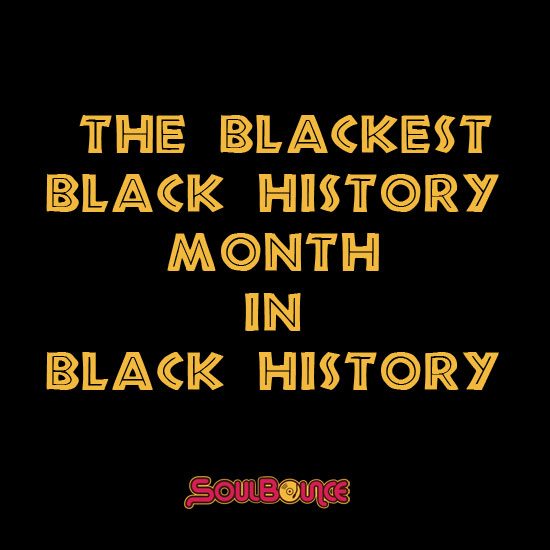 Usually Black History Month is a time where we learn a few factoids about the African diasporic experience. However, that wasn’t Black History Month 2016 — not by a longshot. Rather than rehash history, this past February brought light to some issues, created some big moments and saw some of our faves making moves that might just make it into the history books themselves. Hell, we had to let the entire month end before compiling this list, because at the rate it was going, anything — or anyone — was liable to pop off.

Some moments made us proud (kudos, Kendrick and Bey), some made us scratch our heads (WTF, Kanye?) and others were a bit bittersweet (yes, little one, we’re sad that this is the last BHM of the Obama presidency, too). But it was undeniable that this Black History Month was the blackest Black History Month in, well, history. Here’s what made things real black for us (word to Roberta Flack and Donny Hathaway), and here’s hoping that folks show out just as much for Black Music Month in June.