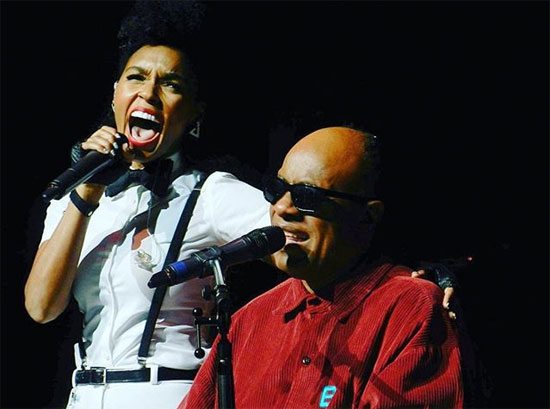 While many were giving lip service about the lack of diversity in Hollywood and complaining ad nauseam about the Oscars, some were backing up their talk with action. Filmmakers Ava DuVernay and Ryan Coogler decided that their star power would be better used to organize an event for the citizens of Flint, Michigan and their ongoing water crisis through Coogler's Blackout For Human Rights organization. And #JusticeForFlint was born. Livestreamed online via Revolt.TV on Sunday, February 28th, the event served as entertaining alternative programming to the Oscars on the last Sunday in Black History Month.

Although not billed as a benefit concert, the lineup consisted of a laundry list of singers, musicians, rappers and spoken word artists who donated their time and talents to perform live for an audience of Flint residents and those watching online all over the world. Performances by SoulBounce faves Ledisi, Robert Glasper, Musiq Soulchild, Jazmine Sullivan and Jussie Smollett with special guest Estelle set the stage for the big finale by Janelle Monáe who gave viewers a mini-concert with the cherry on top being Michigan's own Stevie Wonder coming out to join her. The five-hour event not only raised awareness (and anger after hearing stories of Flint residents affected by lead) but over $130,000 in donations. -- Butta