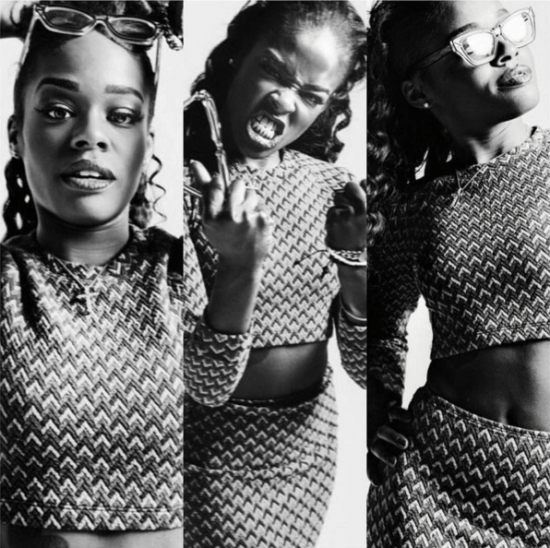 So...our girl Azealia Banks has remarkably managed to stay relatively clear of Twitter beef — that is until yesterday. But in her defense, she wasn't necessarily looking for it this time around. Aussie raptress Iggy Azalea peeked from under whatever rock she's been under to comment about the terrible, horrible, no good, very bad year she had in 2015, making sure to mention her beef with AB and the fact that she still hates the "The Big Big Beat" songstress. Of course Azealia wasn't going to take those comments lying down. She clapped back on Twitter with a series of subtweets aimed at Iggy before writing, "I'm about take my pettiness to another level." Rather than release a diss track, as was expected, Azealia's clapback turned out to be the release of her latest single from upcoming mixtape Slay-Z, "Used To Living Alone."

The song finds Azealia flexing her vocals rather than her rhymes as she sings to a lover that's not reciprocating the love. "How does it feel / To treat me the way you do?," she sings sweetly at the track's opening as electronic base pulses and kick drums thump in the background. The song then goes full-on electronic as producer D.R.U.G.S. utilizes a sample of Tony Igy's "Astronomia," which just so happens to be the same sample Iggy used for her 2012 mixtape single "My World." If we're being honest, though, there's nothing remarkable here about the beat, as it's pretty standard EDM. What is impressive, though, is Azealia's strong vocal showing. She gives us her best dance floor diva as she belts out to the rafters with a control that we haven't heard from Ms. Banks previously.

Though we do wish our girl would stay out of the ruckus, at least this nearly dead beef has sparked something of a fire in the rapper/singer. In the wee hours, Azealia tweeted that we'd be getting a video for the "The Big Big Beat" soon and that Slay-Z  would be coming "like next 9 days asap." While we wait to see if she stays true to her word, check out "Used To Being Alone" right here.