‘Beauty Speaks’ Through Chantae Cann On ‘Journey To Golden’ 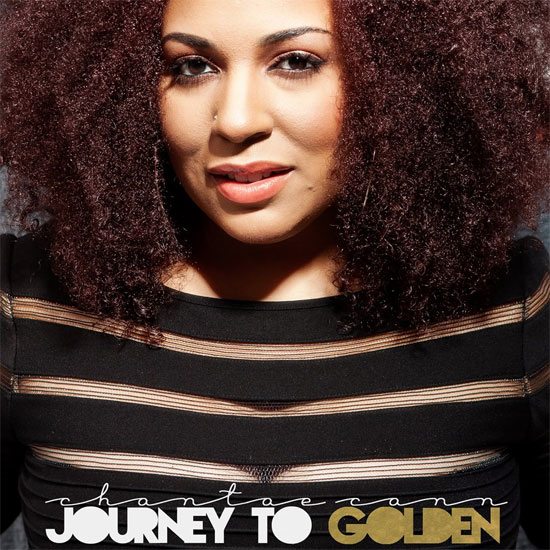 Chantae Cann has finally strolled 20 feet from stardom into the spotlight with the long-awaited release of her debut album, Journey To Golden. After years of singing background vocals for India.Arie and lending her voice to projects by SoulBounce faves Zo!, The Foreign Exchange, Tony Momrelle and Snarky Puppy, Cann's time has come. She actually started her Journey To Golden with Snarky Puppy whom she collaborated with on the song "Free Your Dreams" from Family Dinner Volume 1 and her single "Da Da 'N Da," both released in 2013 and now included on this 11-track collection.

The official first single from the album is the peaceful composition "Beauty Speaks," and it sounds as lovely as you'd imagine a Chantae Cann song would. Chantae's pillowy vocals are as soothing as a lullaby and will bring Gretchen Parlato or KING to mind with her intoxicating blend of jazz and soul. Co-written and produced by Jamie Portee who also masterfully tickles the ivories here, "Beauty Speaks" exudes grace as Chantae likens someone's beauty to various things found in nature. "Gentle wind as flowers sway / A waterfall, a sunny rain / A nightingale sings a song in the spring / Your beauty speaks," she shares and immediately has you feeling the twinge of butterflies in the pit of your stomach like you would around a new love. Chantae Cann definitely has that effect on us.

After hearing previous releases "Free Your Dreams" and "Da Da 'N Da" and now "Beauty Speaks," it's safe to say that Chantae Cann's Journey To Golden deserves a place in your music collection. Journey To Golden was released on Atlanta Records and is now available via iTunes and Bandcamp, where you have the option to purchase a physical copy. Listen to "Beauty Speaks" and its reprise on the "Beauty Speaks Interlude" and follow Chantae on this new journey of hers.