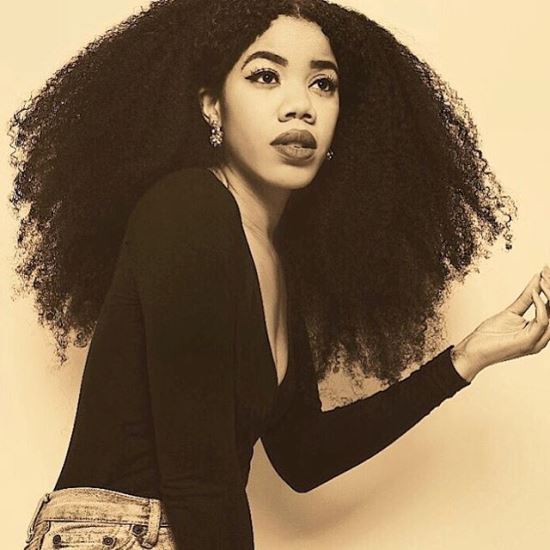 The annals of music history are studded with examples of songwriters who stepped out of background to reveal unique and amazing voices. In the last 20 years alone, people like Missy Elliott and Bruno Mars launched successful solo careers that have pretty much eclipsed their songwriting fame. Even relative newcomers like Sevyn Streeter, Adrian Marcel and Tinashe used their writing credits as a springboard to greater fame on the stage. So an artist like Kirby Lauryen isn't exactly breaking new ground in her attempt to transition from the shadows to the spotlight. However, when the "Vocal Bible" Brandy endorsed her by saying, "Telling you right now, she's the past, present and the muthu fu**in future!!! Period.," we figured this just might be someone worth listening to. So, listen we did. And. WOW.

The Mississippi-born/Memphis-bred singer, who once described her music as soultry (soul and country) blew us away with her current song "Loved by You." The tender ballad is an aching plea for love, conceding, "Bless my soul / I've been alone too long / Somebody without someone is no one at all." But this isn't a depressing sob story. Rather, it's a cathartic confession brought to life by the moody strums of an acoustic guitar and Kirby Lauryen's stunning voice. The vintage-feeling tune stirs the soul as it's impossible not to be moved by her flawless vocals, vulnerable, genuine and brimming with authentic soul. If this song doesn't give you pause, check for a pulse...you might possibly be an android.

After listening to the song several times, we began scouring the internet for more of her music ('cause this one brilliant song on her SoundCloud page just ain't enough, y'all). We also found ourselves wondering why we hadn't heard of her until now and why no one had signed her yet. Turns out, Ms. Lauryen has been hiding in plain sight for quite some time now.