Chrisette Michele, Jazmine Sullivan & More Slay The Cover Of ‘EBONY’ With Their Curves 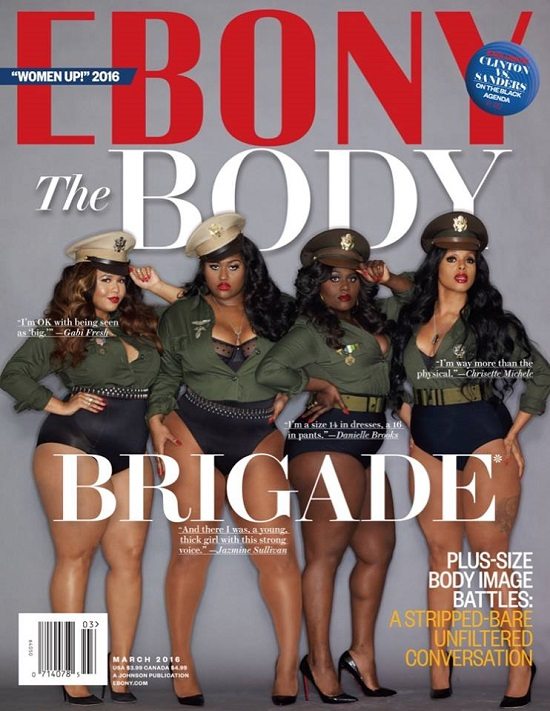 A good woman comes in all shapes and sizes and EBONY magazine is driving that point all the way to print in their March Women's History Month issue. The quintessential homage to women, titled "Women Up!" features R&B singers Chrisette Michele and Jazmine Sullivan, along with actress Danielle Brooks (Orange Is The New Black) and plus-size style blogger Gabi Fresh gracing the cover dressed in military-inspired garb. With big, white letters branding the four vixens on the issue as "The Body Brigade," we only really notice the title after we're done gawking at the ladies' curves. Naturally, the curvy cover has gone viral since its release, and as if the spread itself wasn't enough, EBONY just released behind-the-scenes footage of the photo shoot.

The video not only showcases the beautiful b-roll of each curvy gal getting primped and primed and posing for the gawds, but it explains the true essence of the shoot and its ultimate goal: To empower women and all people who struggle with self-esteem, body image and the unrealistic expectations society has placed on size. You get to hear from the Editor-in-Chief Kierna Mayo and the staff who made it all happen, from the concept, to custom outfits and telling the stories of each woman and their relationship with their own bodies. You can watch the behind-the-scenes video right here and salute to the documented slayage expertly served by Chrisette, Jazmine, Danielle and Gabi. Happy Women's History Month indeed! EBONY's March issue is on newsstands now.