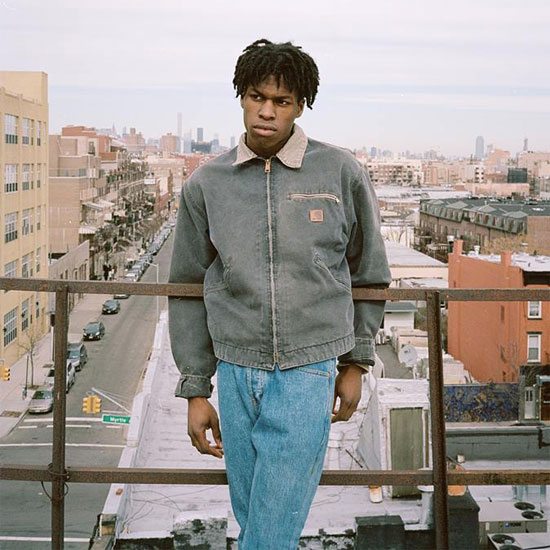 If you aren’t familiar with Daniel Caesar, the latest soulful export from Toronto, the time is now to learn about this young talent. Caesar first blipped on the radar in early 2015 with his EP Praise Break, wherein listening, you won’t always be sure if you’re sitting in the church pew hearing the soloist before the pastor goes up to preach his message, or in a jazz lounge about to sip a glass of sauvignon blanc and be lulled into the chill vibe of the atmosphere. With his background being rooted in the church, it all makes sense. His following EP, Pilgrim’s Paradise, released this past November delivered much of the same.

After releasing two EPs last year, Daniel Caesar isn't content to rest on those laurels and recently released the new track “Won’t Live Here.” The song describes to us a man who has made some mistakes, but he is begging and pleading for his loved one not to give up on him. Over a simple piano melody Daniel implores, “Don't give up on me yet / I'm still growing into your man / Yes I am,” and you can practically feel the pain in his sincere plea. The track ends with him crooning off into the sunset.

We’re not positive where this track will lead, but Daniel Caesar isn’t one to leave fans waiting for too much for too long. Enjoy “Won’t Live Here” below, and catch up on the rest of his impressive music collection on SoundCloud.


TAGS:  audio, Daniel Caesar
Previous: Michelle Obama Gets Janelle Monáe, Missy Elliott, Kelly Rowland & More Together For ‘This Is For My Girls’ Next: Morning Soul: I’m Gonna Stay Down And Ride For You