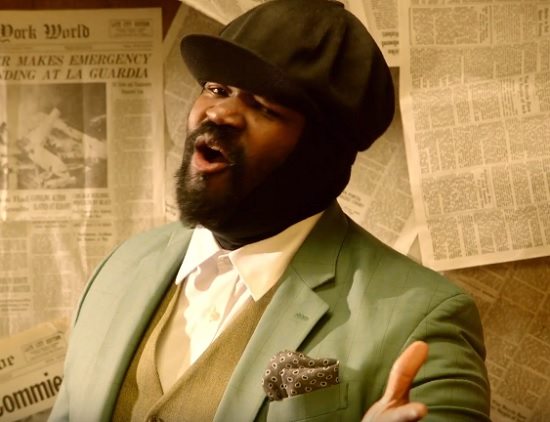 Gregory Porter is most definitely a classic man (word to Jidenna). From his dapper duds to his old school musical leanings, the crooner has kept the torch burning bright for jazz and soul like no other. As he gets ready to embark on the next step in his career with the upcoming release of his latest album, Take Me To The Alley. We've gotten to listen to the album's two singles, his revamp of "Holding On" and the bluesy, inspirational "Don't Lose Your Steam." Now Mr. Porter's giving us the set's first video with a clip for "Steam."

The song, a message about pressing on despite adversity, was originally written for his young son, but its message is universal. So then it makes perfect sense that Gregory sets the clip inside a Los Angeles barbershop. At first it seems that things are taking place in an older time, with newspapers covering the walls with headlines that calling out "commies" and a black-and-white TV set playing old news clips. But then, as more patrons fill the shop, including some with multi-colored locks, you realize that it's testament to how barbershops have served as pillars of the black community for decades. Gregory also makes a positive statement by showing a few men being charged with "fatherhood" and "being me," showing that there's a lot more to life than the negative stereotypes we encounter.

All in all, it's another classic and uplifting clip from Gregory that we're sure will put a smile on your face. Take a peek and be sure to pre-order your copy of Take Me To The Alley, which will be in stores May 6th.


TAGS:  Gregory Porter"
Previous: Hot 16: Celebrity Selector YahZarah Has A Soundtrack For The ‘Wonder Woman’ In Us All Next: Reesa Renee Shows Home Is Where Her Heart Is On ‘Guess Again’ 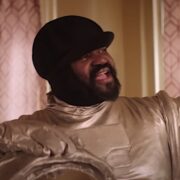 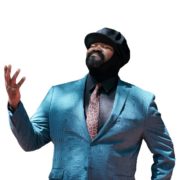 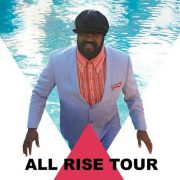