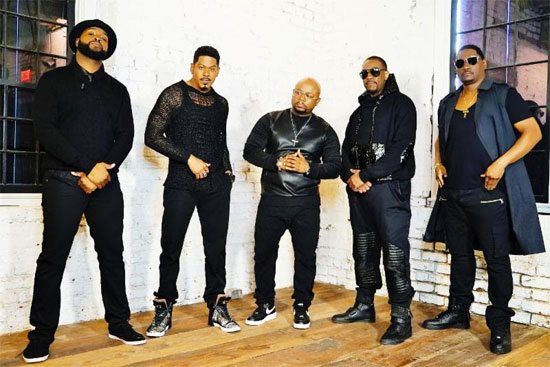 “It takes an army of thousands to win a war / But it takes nothing for me to love you more,” opens the hook on the brand new single from R&B quintet Silk’s “Only Takes One,” a classic R&B ode to an object of affection. It’s the second single behind “Love 4 U 2 Like Me” from their new album, Quiet Storm, which is shaping up to be one of the most anticipated comeback albums of the year. The multi-platinum selling group we first fell in love over two decades ago on hits like “Meeting in My Bedroom” and “Freak Me” are reuniting on their first album in 10 years, but right now it truly feels like they’ve never left.

Their mission with the soulful song, and first round of new music since 2006’s Always and Forever was released, was to not step outside of the group’s boundaries by bringing thick harmony, radio ready R&B tracks and love songs that you simply don’t hear anymore. Silk’s five original members Timothy "Timzo" Cameron, Jimmy Gates, Gary “Big G” Glenn, Johnathen “John John” Rasboro and Gary “Lil G” Jenkins are bringing mature baby-making music back to the forefront to fill a void that was seemingly filled when Tank, Ginuwine and Tyrese joined forces as TGT before their demise. Once again, the gentlemen of Silk are taking on a heartfelt ballad that sits squarely in their lane of love songs.

Quiet Storm will be released on Friday, March 18th and feature more of Silk’s unique, soulful vocals and  layered, original songwriting and will hopefully see a return of R&B groups that can stand the test of time like this seasoned ensemble of men. With 20 years in the game, Silk is ready to deliver their second album on Shanachie Entertainment and keep fans coming back for more of what makes them an authentic R&B mainstay. There’s only one Silk, and with this new music they’re proving why.