Kaytranada Reveals Details About Debut Album ‘99.9%’ & Takes Us On A ‘Bus Ride’ 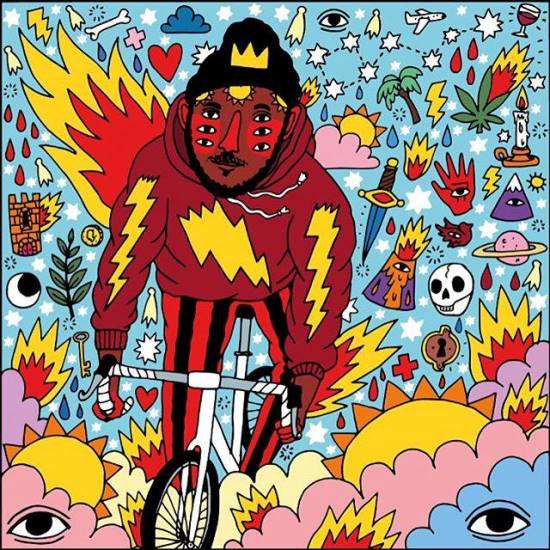 Just a week ago, Kaytranada had us sweating to "Kaytraflips" of Janet Jackson and Mary J. Blige. Naturally, we wanted and expected that there was more to come. But we had no idea just how much he planned to deliver. Earlier this week, the Canadian producer visited BBC Radio 1 studios to join Benji B for his Montreal Special airing. Not only did he reveal that his long-awaited debut 99.9% will finally see the light of day, he also gave a sneak peek of what's to come with a melodic reveal called "Bus Ride."

In the 24 hours that followed the "Bus Ride" reveal, Kaytranada went on to offer options for pre-order, revealed the album's artwork and tracklist, plus provided several album snippets (with individual animations for each) via social media. Well, that escalated quickly. And we ain't mad, seeing as how he's been teasing us with said album for far too long.

In the interview with Benji B, Kay expounded on the album title saying, "I'm never satisfied with my album...I'm always indecisive." About that tracklist, though? The guest features elicit much excitement 'round these parts. In addition to Karriem Riggins, River Tiber, Shay Lia and Vic Mensa, Kay called in a few favors from Phonte, Syd tha Kyd, AlunaGeorge, Anderson.Paak, Little Dragon, GoldLink, BADBADNOTGOOD and Craig David. So, um, yeah...we can safely assume that this project is gonna be a highlight of 2016 for sure.

Grab a seat, get comfy and groove to "Bus Ride" below. Benji B will be giving an exclusive album preview on April 27th so be sure to tune in. Otherwise, you'll just have to sit tight and wait for the official XL Records release on May 6th. Until then, peep the official tracklist below and keep up with Kaytranada via his website and social media for updates and tour info.