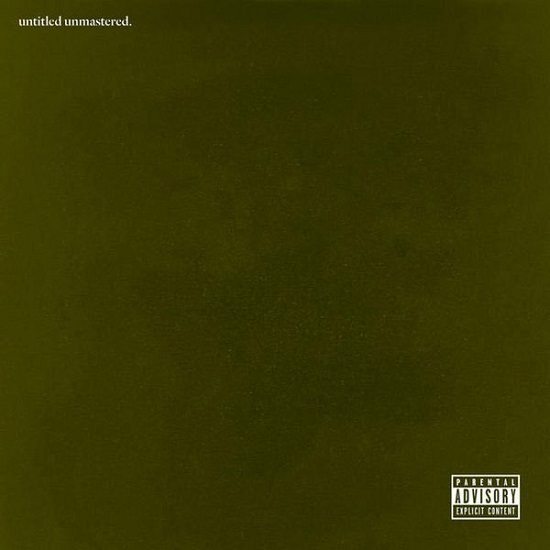 It's looking like the blackest Black History Month ever was so black that it got an extension. And it's only fitting that the extension is kicked off by one of the main reasons why we were basking in black pride last month. Kendrick Lamar continues his reign as the king of this here rap thing with yet another surprise release. While performing several tracks from To Pimp a Butterfly on tour and throughout the country, Kendrick has made it a point to pepper his sets with songs that the public had never heard before and it seemed would never hear again after those one-off performances. Thankfully he heard the public's cry and has rounded up the untitled jams for the appropriately titled untitled unmastered.

The surprise release is already garnering rave reviews on social media, with many choosing their favorites. We here at SBHQ are mainly happy to get studio versions of the songs he performed on The Colbert Report and The Tonight Show Starring Jimmy Fallon (named here as "untitled 03 | 05.28.2013." and "untitled 08 | 09.06.2014.," respectively). But those aren't the only highlights here. Each song included is a jam in and of itself and some even include a few unexpected collaborators. "untitled 06" features production from Adrian Younge  and Ali Shaheed Muhammad and a chorus provided by CeeLo Green himself. And the most surprising album credit has to be that of Egypt Dean, the five-year-old son of Swizz Beatz and Alicia Keys, who produced the second half of "untitled 07."

While we continue to annex March as an extension of Black History Month 2016, you can stream untitled unmastered. via Spotify right here. You can also head to your streaming service of choice to listen to the set or pick up the album in full on iTunes now.