Michelle Obama Gets Janelle Monáe, Missy Elliott, Kelly Rowland & More Together For ‘This Is For My Girls’ 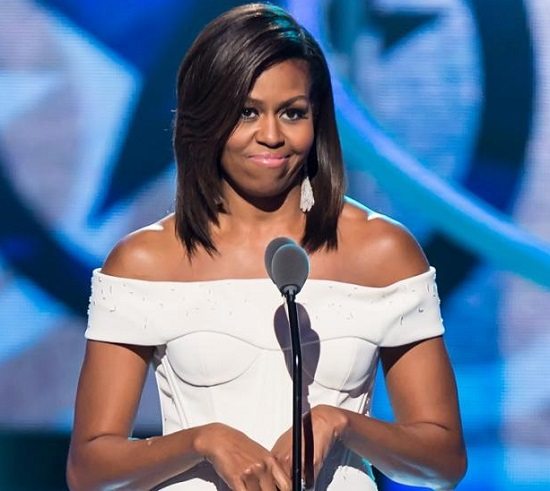 We're really going to miss the Obamas when they leave the White House next January. Let's face it, this is probably the last time for a while that we'll ever have a first family this hip. In the past month alone, they've paid tribute to the blues of Ray Charles, had sessions teaching African dance at the White House, made the first-ever presidential trip to SXSW and even had the GRAMMY-winning cast of Broadway's Hamilton over to sing a few selections from the hit play. Now, First Lady Michelle Obama is keeping up the cool for a good cause with the help of a few of her musical friends.

Chelly O has brought together powerful ladies Kelly Rowland, Missy Elliott, Zendaya, Janelle Monáe, Kelly Clarkson, Lea Michelle, Chloe & Halle and Jadagrace for new charity single "This Is For My Girls." Penned by songwriting legend Diane Warren, "This Is For My Girls" is a girl power anthem all about the strength that women and girls possess inside. All those powerful voices are reigned in by a pop-meets-hip-hop beat full of horns and syncopated rhythms, giving the track a slight Latin flare. Surprisingly, none of the stars here overshine each other, with each voice making a distinct appearance (though Kelly Rowland does get a bit more mic time, but rightfully so).

The single is to support the #62MillionGirls campaign, which is part of the first lady's Let Girls Learn initiative, which is aimed at increasing the education rates of adolescent girls all around the world. The single, proceeds from which will help support the cause, is set to go on sale on iTunes at midnight. But before then, you can get a listen to the single right here, and check out a video about the Let Girls Learn initiative below.