Musiq Soulchild Shows Different Phases Of Love In ‘I Do’ Video 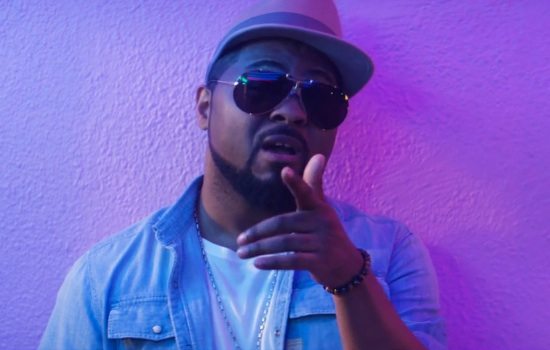 Musiq Soulchild is celebrating his sweet sixteenth year in the business by releasing his lucky seventh studio album (not counting his releases under other monikers The Husel and pUrPlE wOnDaLuv or his reggae duets album with Syleena Johnson) this year. His latest collection, Life On Earth, drops on April 15th and seeks to bring any fans who like their Musiq Soulchild as-is back into his mix, and he's definitely gotten folks open with the set's first single "I Do." Detailing the highs and lows in many a relationship, "I Do" has struck a chord with anyone who's ever been in this crazy little thing called love.

To illustrate what he's singing about and make us hungry, Musiq takes us to a local diner that is the lovebird hang-out spot for the music video. Although Musiq himself rolls solo, we see two couples who just can't get enough of each other indulging in a little (OK, a lot) of PDA. Then in comes a third couple who clearly have some issues and have seemingly been driving around town arguing all day. All that conflict apparently made them work up an appetite, so they come through for a bite to eat but can't stop from biting each other's heads off once seated. Heated words are exchanged and the man bounces, leaving his lady behind to ruminate -- and reminisce on the good times by swiping through old photos of them in happier times on her phone. Her dude, meanwhile, has hopped in the car but doesn't get too far before coming to his senses and coming back in to apologize. Cooler heads prevail over hot coffee, and everyone lives happily ever after. Well, that remains to be seen, but the "I Do" video does bring to life a scenario of a relationship on the rocks that has real love at its core.

If your love for Musiq Soulchild is as real, then you can support "I Do" and Life On Earth by pre-ordering the album right now on Amazon or iTunes.


TAGS:  musiq soulchild", Purple Wondaluv, syleena johnson, The Husel
Previous: Tink Is Ready To Take It ‘Home’ Next: It ‘Only Takes One’ Listen To Fall Back In Love With Silk