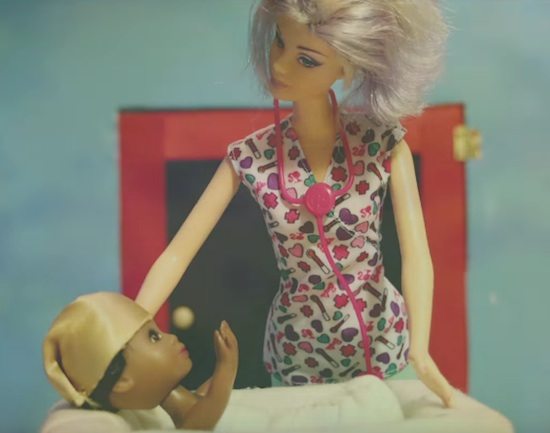 Rahbi is one of R&B/soul music’s most electrifying young entertainers. With every show and every release since he burst onto the radar nearly a decade ago, the Atlanta native doesn’t just tickle your fancy for good music; he invites you to buckle up for a wild ride of wonder through his eyes as he effectively divides and conquers every stereotypical ideal in music and art set on his path.

Rahbi's creative energy, eclectic presentation and unique perspective is evident with the new visual for “Blush,” the lead single from 2015’s The GoldenChild: Trimester 3 (Hello World). Featuring guest vocalist Shanell, “Blush” tells the story of The GoldenChild’s birth and the adventures that ensue along his rise to notoriety. Depicted entirely through stop-motion interaction of dolls as the main characters, baby Rahbi (aka The GoldenChild) is stolen from the hospital after his birth by a nurse named Daisy who immediately helps him on the path to living out his destiny. It’s fantasy and fun and it’s all Rahbi.

Borrowing stylistic musings from iconic stars like Prince, Grace Jones and even Janelle Monáe, Rahbi's most recent EP completes the singer’s trilogy project but continues to usher soul music lovers looking for something different into his colorful childlike persona and whimsical world with the music video for "Blush."