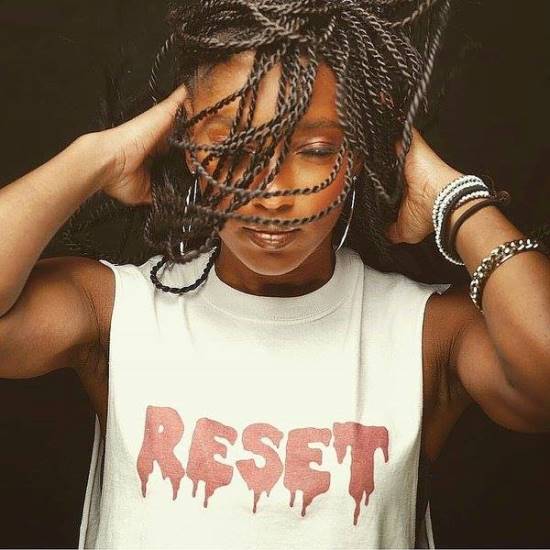 For this week's "Where The Heck Have They Been?" segment, we happily feature soul rocker Res. OK, so maybe she wasn't technically missing in action, considering her various guest features, live performances and even a documentary. Plus there was that dope Idle Warship project with Talib Kweli and a strong batch of covers (including her ReFried Mac EP tribute to Fleetwood Mac/Stevie Nicks). But she hasn't dropped an album since her independently-released Black.Girls.Rock! in 2009, so understandably, we've been jonesing.

Welp, she resurfaced earlier this year with brand new music and some amazing news for her fans. Her newest album RESET is "almost ready to go," 80% completed to be exact. She's taking a page from artists like Lalah Hathaway, De La Soul, Alice Smith and Andy Allo by starting a crowdfunding campaign to raise the $35,000 needed to bring the project to full completion. Though she first hinted of her plans about a year ago, it didn't become a reality until the campaign officially launched last week. In support of the new album, she blessed us with an album preview by way of her new single "Hollow."

Producer Jordan Davis grabs our attention straight out the gate, employing the chopped-and-screwed method to create a hauntingly dark and lush thumper. Over buzzing synth, static guitar, moody bass and drums, Res mesmerizes with a singsong delivery of her satiny vocals as she sends a pointed message to some trifling folk. She brought the heat with this one, and we can't get enough.

Res is clearly on a creative streak. Less than a week after making "Hollow" available to the masses, she woke up one morning and felt like recording. Scroll down to listen to the club-banger result, a "Garage Band Remix" of the song "So What Am I" from her Black.Girls.Rock! album. Afterwards, keep scrolling for her RESET Mondays playlist (featuring remixes and previously unreleased tracks). But don't just listen and move on, support indie artists, y'all! Hit up her Indiegogo page to donate plus get full deets on the perk packages, and keep up with the artist via her website and Twitter for additional updates.