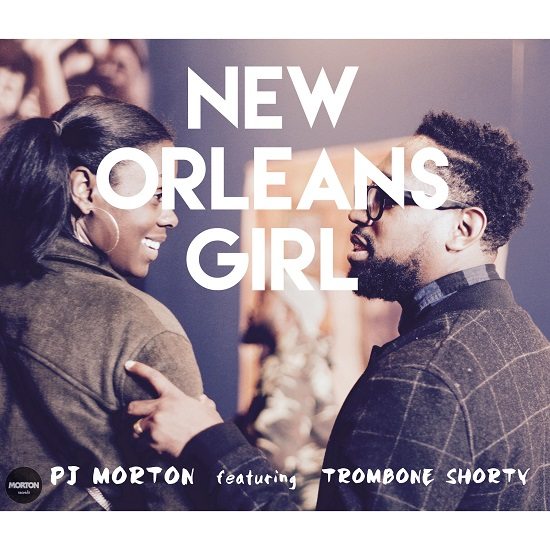 Just in case you forgot, ya boy PJ Morton is getting ready to release his new Bounce & Soul mixtape, on which he's taking some of his hits and re-imagining them in the New Orleans bounce tradition. He's already given us a revamped version of his song "Lover" that had us set to get it ready on the dance floor. Now, with a just a little over a week until the mixtape drops, he's given us here at SBHQ an exclusive listen to the next release lifted from the collection, a bounce version of the Trombone Shorty-featuring "New Orleans Girl."

Originally released as a single in 2008, "New Orleans Girl" managed to capture the sound of New Orleans jazz while still keeping things decidedly R&B thanks to the easy musical chemistry between Shorty and PJ. Though adding the familiar programmed percussion of the bounce sound to the song's jazzy feel doesn't sound like the most obvious combination on paper, it works damn well here. The horns meet the booty-bouncing production on the same level, making you not sure if you want to cut a mean two-step or twerk it out for little bit (though, more than likely, you'll end up doing a combo of the two). But, especially with the song acting as an endorsement of sorts for the down-home New Orleans woman, the mish-mash of styles definitely makes this one a winner.

About his motivations to bring bounce music to the forefront with the mixtape, PJ had this to say: "I decided to do this mixtape after I moved home to focus on New Orleans talent and my label there. Once I got home, I started to miss the bounce music I grew up on. So I decided to put my soulful sound with the New Orleans bounce music. The mixtape includes Juvenile, Lil Wayne, Mannie Fresh, 5th Ward Weebie, Dee-1 and on the song Trombone Shorty. It comes out March 25th."

Well, you heard it from the man himself. Take a listen to our exclusive stream of the bounce version of "New Orleans Girl" and look out for the mixtape next week.