Bey Bright Shares His ‘Sound’ On ‘Who Can Explain’ 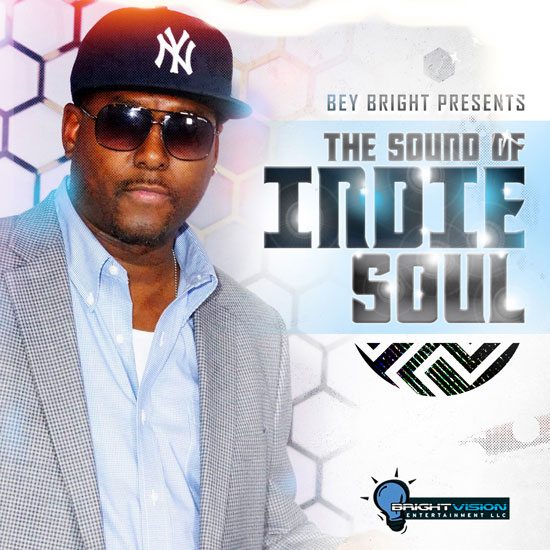 The name Bey Bright is one that fans of soul music need to know. The NYC native and DMV resident is a renaissance man who is an author, entrepreneur, producer and songwriter. As a producer and songwriter, he has a couple projects under his belt, the EPs Nu Indie Soul, Vol. 1 and Nu Indie Soul, Vol. 2. that he released in 2014, and now he has a new collection to add to yours.

Bey Bright Presents The Sound of Indie Soul is Bright's latest, and like his previous EPs, he proudly wears his production hat in the tradition of Quincy Jones and wields his pen with the aplomb of Lionel Richie while working with various vocalists from the Washington, D.C. area to bring his songs to life. For the first single "Who Can Explain," Bey enlists Maryland-based singer Carronne Jones to sing the tale of a woman who's finally found the one. He's her Mr. Right, and she wants him to know that their love thing defies explanation. Jones sells the song with her sincere and soulful vocals on the sexy midtempo number. This is the first time that Bright and Jones have worked together, and they fit together like puzzle pieces.

In addition to a "Go-Go Remix" of "Who Can Explain," the EP contains three additional songs with previous collaborators: "Quiz Called Life (Neo Soul Remix)" featuring Tia Dae, "Feels Like Love" with Nia Simmons and "Now That Love Is Gone (Remix)" sung by Chaneta Copeland with an assist from rapper FlamBey. Bright has gathered together an impressive group of underground talent for this project, and there isn't a bad song to be found in the bunch.

Scoop up Bey Bright Presents The Sound of Indie Soul for your music library right now on Amazon, iTunes or Google Play, and keep up with all things Bey Bright via his website and on Facebook and Twitter.