Dive Into Maxwell’s ‘Lake By The Ocean’ 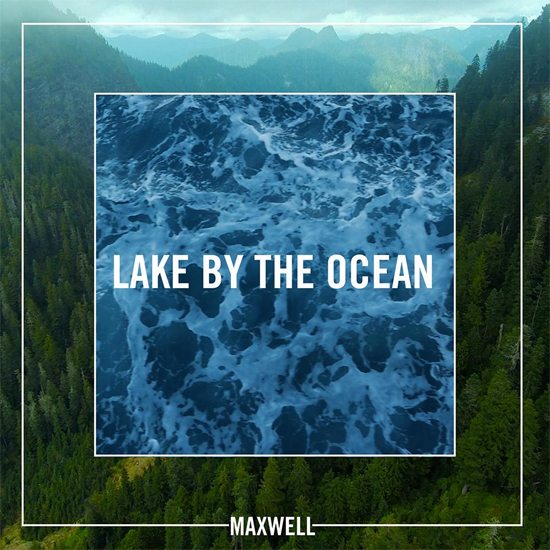 Maxwell is back, and he's released a new song to let us know it's real -- and, yes, it's oh-so real!

"Lake By the Ocean" is the first single from his upcoming album blackSUMMERS'night, the follow up to 2009's BLACKsummers'night. Maxwell debuted the song during a Facebook livestream that featured the heartthrob looking like hot sex in a suit. He was a sight for sore eyes, but what really had everyone tuned in and turned on was "Lake By the Ocean."

The song is classic Maxwell, more along the lines of "Pretty Wings" or "Stop the World" than "...Til the Cops Come Knockin'" or "Lifetime," and is the perfect bridge between BLACK and SUMMERS', the first two albums of the BSN trilogy. Once again written and produced by Maxwell (under his pen name Musze) and frequent collaborator Hod David, Max's falsetto is fresh as he opens with the melancholy lyrics, "In the light of the sun / I was dazed / I was burned / I was lost / Deep in the storm / Of a grave / Had a bed as a coffin." Just when you think Maxwell is drowning in his feelings, he comes to the surface. "Can we swim a lake by the ocean / We'll be one like drops in slow motion," he sings on the hopeful chorus. The lyrics are a little esoteric, but there's a lyric video created by Julian Schratter that's been released to accompany the single to help put the puzzle pieces together.

After the brief Facebook listening session, Maxwell answered fan questions, and he was asked about the meaning behind "Lake By the Ocean." He responded that "the song represents falling in love after a very tough trial period in life and finding contentment in the smallest things next to the biggest things. So, being able to be content in a lake when you have an entire ocean near you is, for me, the epitome of true happiness.”

True happiness for us right now is having something new by Maxwell to groove to and add to our "baelist" with the promise of more to come when blackSUMMERS'night is released on July 1st. "Lake By the Ocean" is available for purchase now from Amazon, iTunes and Google Play.