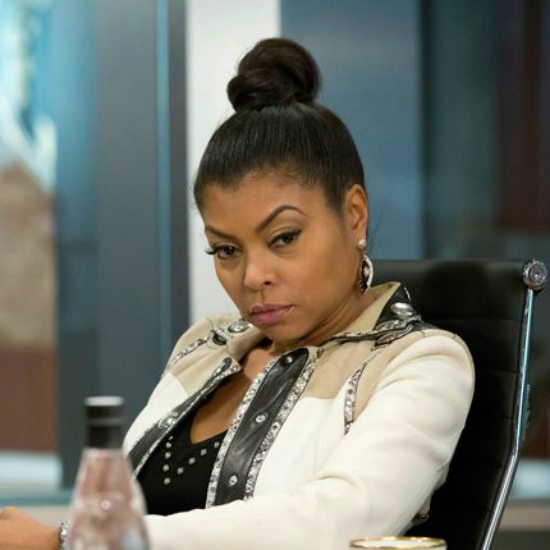 Empire continues to try to get that old thing back. Every episode after the mid-season break has been an improvement, but we're not quite out of the dark yet. Last week, Andre learned the truth about his grandmother and confronted Lucious, who admitted he's embarrassed and disgusted by his son. Rhonda, tired of the craziness of the Lyon family, made the odd choice of going to stay with Anika (Boo Boo Kitty) and Cookie learned that Freda Gatz is the daughter of Frank Gathers and doesn't want that girl around her babies.

From the show’s opening, we know this is going to be a very interesting episode of Empire. Picture it, St. Louis, Missouri. A playground with little kids laughing, yelling and frolicking. And who’s in this little crowd of pre-schoolers but Jamal’s alleged daughter by Raven-Symoné from last season, Lola. She drops her big red ball, which is about to roll out into the street until a mysterious stranger picks it up and dotes on the child. For a moment, we fear a kidnapping, but he only gives the girl back her ball — and then snatches a strand of her curly locks. Turns out the mystery man is Lucious’ right hand flunky, Thirsty, obviously off on a mission for Lucious. The scene foreshadows Lucious’ efforts throughout the episode to take back his crown. Clapback season is in full effect.

While Thirsty is gallivanting around the country looking for dirt, Andre is back in New York on Anika’s doorstep trying to win back his wife, who’s been sleeping on Boo Boo Kitty’s couch. While the two hash things out, they’re moment of reconciliation is disturbed by Anika blowing chunks in the bathroom. She finally has to stand tall in her truth and admit that she’s pregnant by Hakeem.

Meanwhile at stately Lyon Manor, we see Lucious plotting and scheming. He’s hosting a viewing of his latest video, the autobiographical clip we saw last week that puts his harsh upbringing on display. The video is not only winning over fans but the shareholders who are stroking Lucious’ ego as they partake in oysters and caviar. Lucious plays it cool, never letting on that he plans to crush Hakeem under his boot. Just as the party is winding down, Cookie shows up to warn Lucius about going against Hakeem, but more importantly she confronts him about Freda Gatz being around her kids. She’s scared of what will happen when Freda finds out Lucious killed her father, Frank Gathers.

We get a small taste of what Freda would do to anyone who would disrespect her father in the next scene. Freda’s working at a barbershop in Philly and Jamal comes to visit her. The two are vibing over a potential track for his album. After Jamal leaves, a customer comes in the shop and sits down in her dearly departed father’s chair, a space left empty in memory of the great man and cannibal. He refuses to move and is soon a victim of a swift and bloody beat down.

Meanwhile, back at Empire, Jamal shows off the new track he created with Freda. Everyone is feeling it but Cookie, who gets notably disturbed. She tries to hide her feelings behind the fact he recorded the song to spite Lucious and makes up a speech about using competition to make you better and not for revenge. On the other side of the office, Hakeem is planning for his shareholder’s meeting. Jamal and Andre walk in and they share a brotherly moment. While Hakeem is prepping for the party of the century, Andre lays down the fact that he needs to be about his  business in front of all those good white people, especially when Lucious has so much clout. Hakeem has an ace up his sleeve, though. He plans to share the Saks Fifth Avenue deal he’s lined up for the Antony & Cleopatra clothing line that the dearly departed Camilla Marks left behind.

Of course, Hakeem may have spoken too soon. Thirsty and Lucius are one step ahead of the young Lyon, stealing all of the clothes out of the former Lyon Dynasty offices. With as many break-ins as that place has seen, you’d think they would just close that place, huh?

It doesn’t take long for Hakeem to catch wind of the theft. He confronts Lucious about the snatch and grab. Unfortunately, Hakeem has already lost. He just doesn’t know it yet. While in Lucious’ office, he receives a phone call from a hysterical Laura. It seems that someone planted drugs on the tour bus and the feds have confiscated all of their equipment. Lucious informs his son he better learn how to clapback.

Back in the studio, Jamal is working on his upcoming album, Black & White. However, Cookie has a surprise in store that will get rid of that lingering Freda Gatz problem. She’s set up a meeting with the hottest chick in the game, Stacy Run Run, who looks like a long lost member of Love & Hip Hop duo BBOD. She would love to work with Jamal, but there’s just one thing: Stacy will only work with Jamal if she’s the only female rapper on his album.

Away from the Empire offices, Lucious takes Andre to visit his mother’s grave and have a heart to heart. Or rather, Lucious schemes on using Andre as his inside man to take down Empire. Could this be a return to the Andre we knew from the first season? 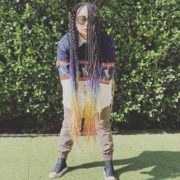 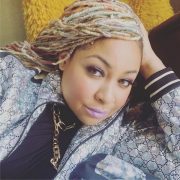