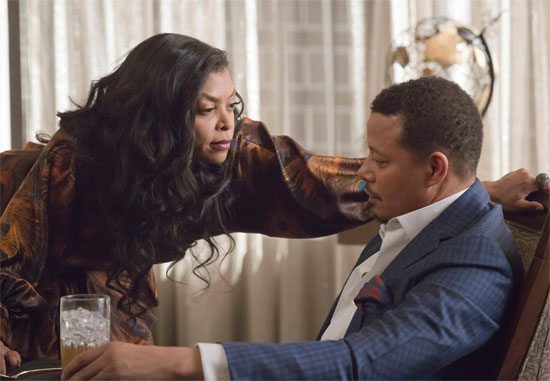 Empire's second season is rushing to the finish line. With just three more episodes left, some storylines needs to be wrapped up, characters need to be killed off, revelations need to be made and those damn American Sound Awards need to finally be given out.  As we build up to that, when we last left the Lyon clan, Lucious was busy Luciousing and plotting against Hakeem, Anika dropped a baby bomb and Lucious' mom came back from the dead as Leslie Uggams. In other words, it was a normal day at the ranch at Empire Entertainment.

Let this week's drama pop off!

Still in his feelings about getting voted out as CEO by the board and learning he's about to be a daddy, Hakeem decides to drown his sorrows in strippers, champagne and body glitter. In a scene that looked more suited for BET Uncut than prime time television, Hak and his crew were entertained by dozens of women who made it clap, twerked and did aerial stunts and shows on the pole. As all this activity was happening, Hakeem raps his new trap song "Get That Work" to provide the soundtrack. His homie Chicken was there spitting money out of a "make it rain machine" (for lack of the proper term) and caught a glance at his phone, which Laura was blowing up with text messages. Chicken stops the music to let Hakeem know, but he blows her off and goes back to turning up.

Cookie, meanwhile, is getting her Hillary Sanders on and busy courting American Sound Awards voters with 10 more days to before the voting closes. Jamal is being interviewed by the press, and Cookie swoops in to get a reporter who asks a question she didn't like right together before doing the same to her son who's walking around with his lips poked out because Lucious is being his usual Lucious self. Jamal lets Cookie know that he's going to be bigger than his dad and win the ASA, but all she cares about is who's going to run Empire.

Lucious is still being followed around by Harper the blogger who is conducting the longest interview ever. Cookie swoops in to steal Lucious away in order to get this press conference started. Lucious, Cookie and Jamal sit themselves down and answer questions about what it's like for father and son to compete against each other and there is shade aplenty.

The next morning, Andre comes through Cookie's spot and brings her up to speed on what the board is planning, which doesn't include appointing a Lyon as CEO. Cookie hatches a plan to throw yet another event to woo the board members. Andre is in, but he suggests that it be a benefit for the National Alliance for Bipolar Disorder and to make him the spokesperson. Cookie pauses then realizes that it would be a good cause and in turn make Lucious look good and more human as it relates to his "Boom Boom Boom Boom" music video and his "dead" mother's mental issues.

A day later, Hakeem is still at the strip club and a few strippers have drawn a bubble bath in the middle of the venue, because why not? Hak is laid out when in bops Laura who is there to lay him out after finding out his whereabouts thanks to an app and fans blowing her up on social media. She is none too pleased with his thotnanigans but assures him that now that they're engaged that she's his ride or die...until he breaks the news to her that he got Anika pregnant. Laura slaps the sunglasses offa Hakeem and rolls out in a huff.

Hakeem decides to go sober up at Jamal's crib and Andre is there, too. The older siblings try to counsel their baby bro who is failing at life right now, and Andre becomes the voice of reason for both of his brothers.

Jamal and Becky with the good hair are strolling through the Empire offices where a party is being set up. Lo and behold, who is working the party but Jamal's old bae Michael? He's there as part of the catering staff and looking all kinds of good with a fresh haircut and beard, but Jamal appears pained like he's looking at a ghost of penis past. Becky leaves Michael and Jamal alone to talk amongst themselves and they decide to take their conversation to a little speakeasy. While there, a group takes the stage fronted by Fantastic Negrito. He performs the track "Lost In a Crowd," which makes Jamal perk up. Negrito soon invites Jamal up on stage to join him, and Jussie Smollett delivers the best vocal we've heard from him all season.

In an effort to get his life together, Hakeem invites Anika over to show her that he's gotten some act right and is ready to be a father. Much like everyone watching at home, Boo Boo Kitty doesn't believe him. She also lets him know that although he means well, Lucious has already threatened her life, so she's a little leery of the Lyon clan right about now. 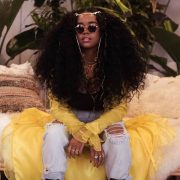 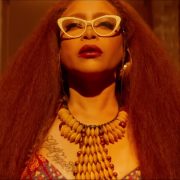 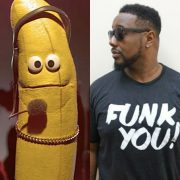 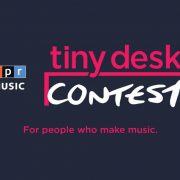