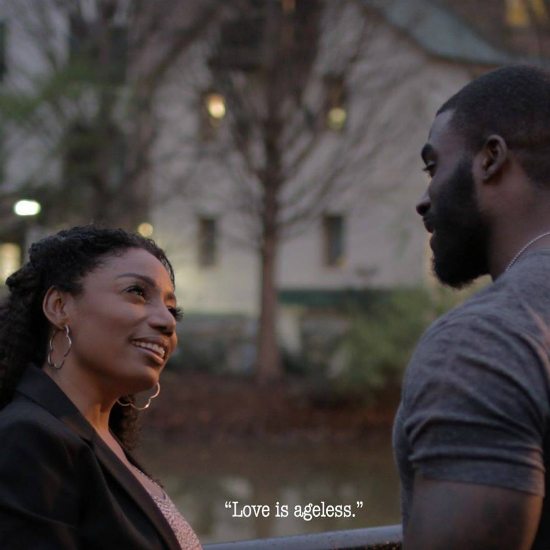 The 2015 Soul Train Music Awards was everything we wanted from an awards show and more. However, there was a glaring omission. During the Babyface tribute, Karyn White, who originally sung "Superwoman," was missing in action and replaced by Fantasia. While 'Tasia's performance was nothing short of breathtaking, the "Romantic"-singer's presence was greatly missed. However, it seems like Karyn wasn't sitting by the phone waiting for Babyface, BET or Centric to call. She is booked and busy with her own projects, thank you very much. While other '90s stars are making comeback albums, Karyn is finding new life as an actress in the original dramatic web series, Finding Forever.

Finding Forever is an eight-episode drama that tells the story of Terri Young, a 41-year-old, divorced single mother who quits her dead-end job and relocates for a new beginning. An unexpected encounter with a younger man leads to the possibility of true love. However, after years of heartache, as well as uncertainty about entering a relationship with a younger man, Terri wonders if its is just a fling or a love that can stand the test of time.

In addition to Karyn White, the project boasts a number of notable people in front of and behind the camera. Finding Forever is being produced through White's own production company, along with journalist and activist Marc Lamont Hill's 1930 Productions. It is written by award-winning writer/director Stacey Muhammad and True Hinds who has directed videos for Conya Doss, Cody ChesnuTT and J*Davey. ​Last but not least, the male lead/cougar bait in the project is your baby mama's favorite Instagram model, Travis Cure. Even if the storyline of Finding Forever isn't your bag, the actor's boss level thirst trapping may just convince you to hit that play button.

Check out a sneak peak for Finding Forever right here, and let us know if you'll be tuning in.