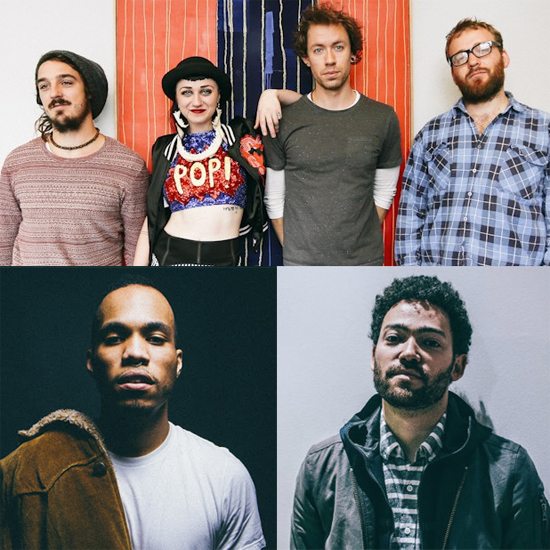 Hiatus Kaiyote had us under their groove with last year's Choose Your Weapon, so much so that we actually wanted to hear more. Well, we're going to get our wish...kinda. The Down Under quartet is set to release Recalibrations Vol. 1, a collection of remixes of a selection of HK songs. While that's enough good news for fans of the group and music lovers alike, they group has released the first sounds from the set, a remix of Weapon track "Laputa" by Taylor McFerrin that also features a verse from R&B man of the moment Anderson .Paak.

Honestly, it's quite an obvious matchup. Taylor previously collaborated with HK lead singer Nai Palm on his track "The Antidote" and .Paak lifted a smooth sample of the group's "Molasses" to sweeten Malibu track "Without You." Those experiences show in the remix, as both collaborators add to the song without taking away from the flavor of the original. Taylor replaces the wobbly, skittering soul of the original with lush, dreamy sounds. Watery Rhodes chords, deeply felt bass and twinkling synths help the song take on an almost fantastical feel, evoking the feel of artist Hayao Miyazaki's animation work, fitting since the song was originally written as a tribute to him. Just when the song's dream-like qualities threaten to float away, Anderson's gravelly rasp brings us back down to earth as he changes up the vibe set by Nai Palm's esoteric lyrics into a love song of sorts, ending the affair on a high note.

There isn't word on an official release date or tracklist for Recalibrations Vol. 1, but you can check out Taylor McFerrin's remix of "Laputa" below.