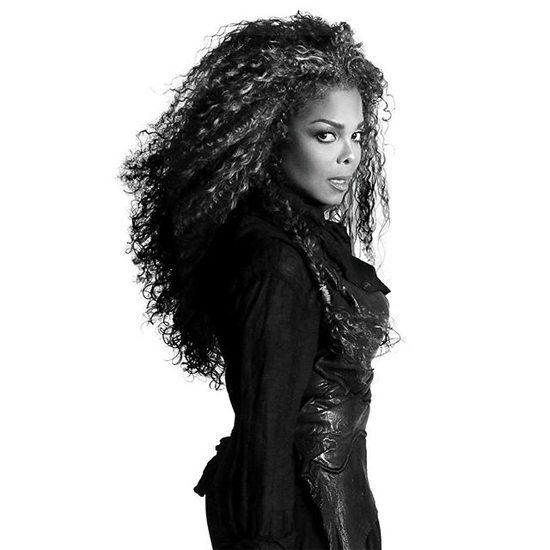 Early this morning in a video labeled "A message from Janet...," Janet Jackson appeared fresh-faced and bright-eyed in all white wearing the signature black reading glasses we've spotted her in lately with her auburn tresses swept to the side to drop the major news that she and husband Wissam Al Mana are "planning our family.” In addition to the good news, there comes bad news for the diehard fans who’ve been waiting to see her Unbreakable World Tour in person. It is now being delayed until further notice.

Janet hasn’t confirmed whether or not she’s already with child, but speculation quickly began as the this tour has already been delayed previously with rescheduled dates after she took time to rest her vocal chords again at her doctor's orders, but was that really the reason she had to take time off? It’s all beginning to make a little bit more sense now with the news of a baby on the way. No matter what happens next, we're excited that Janet is (or will soon be) expecting the birth of her first child.

Seeing that smile and her joy this morning only made us happy for the 49-year-old superstar who has given us decades of great music, visuals and performances. So for those of us who haven't seen the Unbreakable Tour yet, hold on just a little bit longer to those tickets and travel plans. Watch Janet's very special message below and read the transcript on the next page.