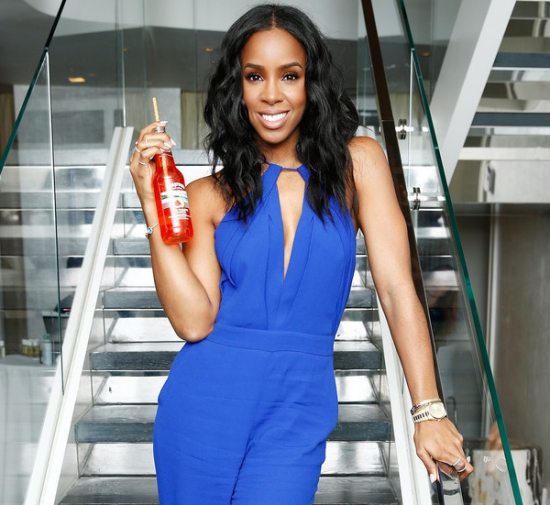 Kelly Rowland is one busy woman. The singer and fashion plate recently launched her new reality series Chasing Destiny, in which she and famed choreographer Frank Gatson, Jr. search for the next great girl group. But that's not all. She's also busy at work on the follow up to 2013's Talk A Good Game and is a spokeswoman for Seagram's Escapes, the well-known spirits company's line of beverages geared toward women. Perhaps in a no-brainer combination of those two endeavors, Kelly has recorded an exclusive single in partnership with the brand called "Gimme Love."

The singer taps into her previous dalliances with dance music for the track, which features a familiar sample of Soho's club hit "Hot Music" that's flipped here to suit the mood of the song. Kelly weaves a tale of catching eyes with an attractive stranger who seems a little reluctant to make the first move. "Make your move babe, before I see something new / Body on, you know that it's only calling you," she sings seductively on the bridge before she hits the dance floor on the song's chorus. Though it's not reinventing the wheel, "Gimme Love" is a step in the right direction for our girl Kelly, who it seems has been having trouble finding direction for her newer material, which she told The Breakfast Club is either "super hood" or "like ohm," which is an interesting range for sure. Take a listen to "Gimme Love" and check out Kelly in a Seagram's Escapes commercial below.