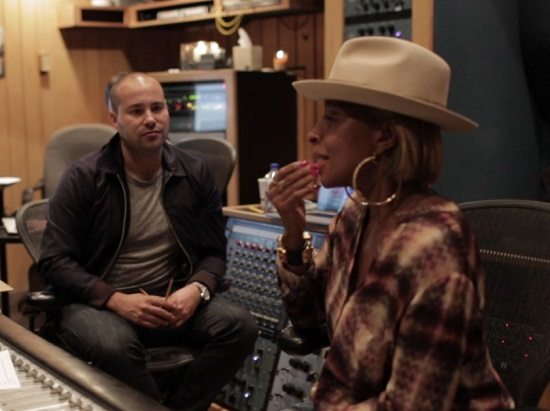 Singer/songwriter/producer Sam Romans might not be a household name on his own, but chances are that if you glance at the writing credits of a few of the chart-toppers of recent years, you'll more than likely find his name. He's also gotten some shine on his own, though, under his performing moniker RØMANS, signing to Jay Z's Roc Nation and releasing his debut EP Overthinking, Pt. 1 last summer. After releasing his third EP, Silence, in March, he's revisiting the title track of Overthinking, but this time with a very special guest: the Queen of Hip Hop Soul herself, Mary J. Blige.

This isn't the first time the two have worked together, as RØMANS co-wrote three songs ("Doubt," "Long Hard Look" and "My Loving") on Mary's The London Sessions. So it's no surprise, then, that Mary fits into the track seamlessly. Wavy synths and a slow jam pace set the scene for a romantic groove, though a closer listen to the lyrics reveal that the song has more to do with taking a break than getting broke off. RØMANS lays the groundwork for the song's mood with his opening verse, pleading his case as to why the two of them should try and work things out while using his sweet falsetto. Mary, however, plays the voice of dissent, letting him know that she's gonna need a bit more time before things can be worked out.

The duet, which BBC Radio 1 personality Annie Mac premiered as this week's pick for Free Music Monday, is enough to make us check for what else RØMANS has in store as he works on part two of his Overthinking EP. Give the song a spin below (and don't forget to grab your free download).


TAGS:  Annie Mac, audio, jay-z, mary j. blige, RØMANS, Sam Romans
Previous: AlunaGeorge Wants That Old Thing Back In ‘I Remember’ Next: Blonde & Craig David Unite For ‘Nothing Like This’