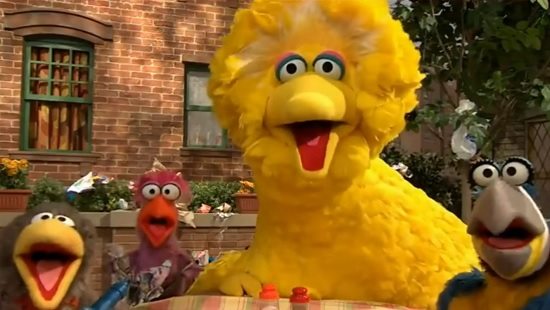 People of all ages should be aware of one of the most iconic hip hop classics from A Tribe Called Quest, so it was only right that our favorite felt-covered friends from Sesame Street delivered their own version of "Scenario." In a fun voice sync video, which surfaced in early April, the Muppets come to life and don't miss a beat as they dance, rap and rhyme for the love of hip hop.  The video is still making its rounds, and rightfully so, as Muppet after Muppet truly embodies each rapper's persona. Phife Dawg is played by Elmo, Kermit channels his best Charlie Brown, Dinco D is played by Grover, Q-Tip is handled by Fozzie and last, but not least, the ball of energy that is Busta Rhymes is portrayed by The Count. Jim Henson would be proud.

Almost a month after Phife's passing from complications of diabetes, the characters of Sesame Street aren't the only ones to roll out a tribute. Daniel Crawford, Mac Miller and KRS-One are just some of the artists who have released singles in honor of the 5-Foot Assassin. During the "Celebration of Phife Dawg" service at the Apollo, Phife's last video, "Nutshell," was released, further proving that the legacy of the rapper and group would live on. While we continue to celebrate the life of Phife, we can also revel in ATCQ's global influence on hip hop, soul and jazz. Watch Sesame Street's version of "Scenario" and let us know if they were on point.