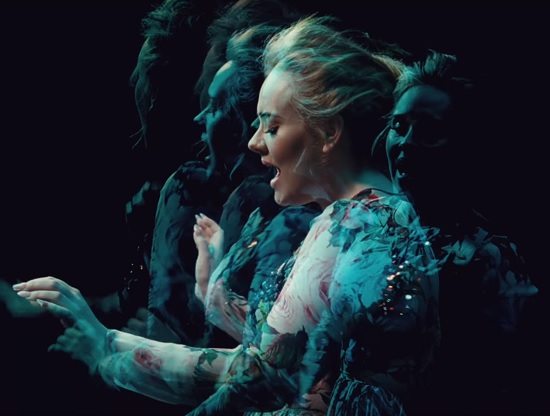 Last night's 2016 Billboard Music Awards were an interesting mashup of appearances and performances, to say the least (yes, we're still side-eyeing you, Madge). One of the few high points of the evening came by way of an artist who wasn't even present, when Adele world premiered her latest video, "Send My Love (To Your New Lover)" during the night's telecast.

Decked out in a floor-length floral Dolce & Gabbana gown, the video starts out simple enough with the singer standing alone against a black background. Things get interesting around the :34 second mark, however, when she morphs into overlapping layers of herself that ebb and flow together, sometimes giving off the effect of one too many glasses of wine. It provides the perfect backdrop for this lighthearted kiss-off to her ex. The video answers the prayers of many who had been hoping the Max Martin-produced song would get an official release ever since her third-album, 25, dropped last fall. Directed by Patrick Daughters, the video showcases the gradual loosening up of the 28 year-old, who has always dressed and read older than her age. She even breaks out in a few dance moves in the clip, a departure from the solemn figure she often cuts in her videos.

While her current tour kept her away from this year's ceremony, it didn't deter her from taking away several awards for the night. Nominated for eight, Adele eventually walked away with five, including Top Female Artist, Top Billboard 200 Artist and Top Selling Song (for “Hello”), making her the night's second-biggest winner behind The Weeknd, who went home with eight awards. The multiple awards weren't the only thing Adele had to celebrate this weekend. She reportedly inked a new deal with Sony Records worth an unprecedented $130 million. If true, the deal would be the biggest deal for a female artist in history. Go 'head then! 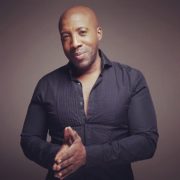