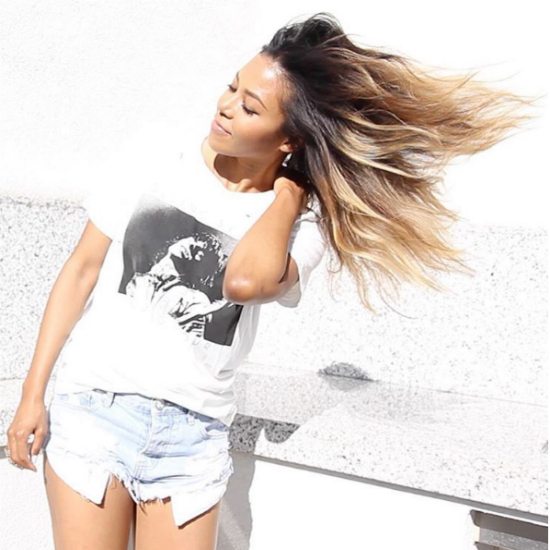 Debuting as the next big PYT in the early 2000s, singer Ameriie (then known as Amerie) never quite soared to the heights that people expected. “Why Don’t We Fall In Love” is still a bonafide jam that continues to get spins, while “1 Thing” was the breakout hit that turned the R&B darling into a pop sensation. However, after the release of her second LP, Touch, the star’s light never shined quite as bright. Between label changes, issues with producer Rich Harrison, a slight name change and probably just living life, things just weren’t the same. Beyond a loosie here and there, Ameriie has largely dropped off the scene. In the meantime, she has enjoyed being a wife, an author and focusing on projects behind the scenes and beyond the limelight. However, Ameriie isn’t just back, but she’s making music like she never left with her EP, Drive.

The EP opens with the infamous Jay Z ad lib, “I’m focused man,” which is appropriate for a project named Drive. The first song, a collabo with Fabolous, shows that this project will be business as usual. All the hallmarks of Ameriie's heyday are present, including her sexy, lilting voice and that whole pots, pans and everything including the kitchen sink hyperkinetic sound. On the second track “Thru The Stars,” Ameriie discusses striving to live life to the fullest over a piano riff. While the tracks “Sing About It” and “Trouble With Love” are decent love songs, it’s on “Take The Blame” where Ameriie really shines, emoting the pain of being heartbroken, pontificating, “Can’t nothin’ good come from me crying / ‘Cause I know that this is ending / But I can’t stand to say goodbye.” The EP closes with the previously released “Out Loud,” a track that reunited Ameriie with Harrison. When the song was released last year, we remarked that it was good, but not great and that still holds true.

The six-pack of uptempo and mid-tempo jams is a throwback to the singer’s past work. While not known for her dancing, the starlet doesn’t miss a step here. However, that might be the one misstep in the project. We’re magically transported back to the early 2000s, and in a good way, but it could be a little bit too much of an old thing for today’s audiences. Like "Out Loud," it's good, but we can’t say it’s great. It’s still missing that “1 Thing” that made her most popular songs so catchy and infectious.

Drive is the first of multiple projects Ameriie has in the works this year. According to the singer, we can look forward to more music coming in July and the final installments of the Cymatika trilogy. The Drive EP is a pleasant and welcome surprise that will get plenty of burn this summer — especially since it's the low cost of free.


TAGS:  amerie, ameriie, audio, fabolous, jay-z, rich harrison
Previous: PJ Morton & 5th Ward Weebie Put On For NOLA In ‘I Need Your Love’ Next: Maxwell Gets Steamy In His ‘Lake By The Ocean’