Anderson .Paak & T.I. Heat Up The ‘Tonight Show’ Stage With ‘Come Down’ 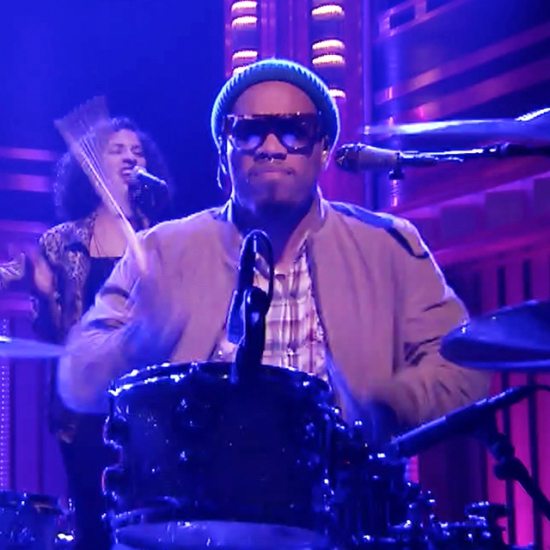 Anderson .Paak's hot streak of television performances continued last night when the Cali representer graced the stage of The Tonight Show Starring Jimmy Fallon. He showed up on last night's episode to set the stage ablaze with a smoking rendition of Malibu track "Come Down," which you have to see to believe.

As he is wont to do, he started his set off on the drums, with him and The Free Nationals playing a little bit of the opening of "Heart Don't Stand A Chance." But then he abruptly stopped, walked over to his selfie-taking keyboard player and snatched then threw his cell phone. What seemed like a rather awkward onstage moment, however, turned out to be an act and the perfect lead-in for "Come Down," with Anderson letting folks know that they "Got me hot!" From there, he got into the funky workout of "Come Down" as he bounced, hopped and moved across the entire stage, proving that he's just as entertaining off the record as he is on. T.I. came out to put some Southern-fried swag on the track with a hot 16 as Anderson sat back at the drums to finish off the set, bringing the high-energy performance to a close and leaving the host and audience wowed.

As hot as the performance was, though, it does come with a note of unfortunate tragedy. Just hours after they recorded the performance, gunfire broke out at T.I.'s concert in New York City. Three people were injured, with one 33-year-old man killed. Though last night's events will undoubtedly overshadow this performance, it's still worth taking a look at. You can check it out below.