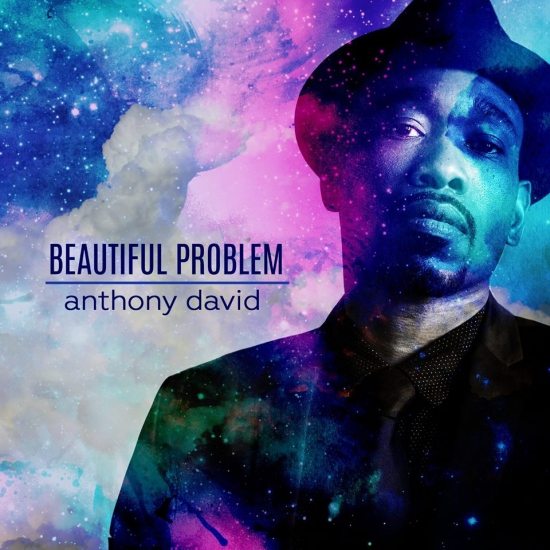 Though it seems like it hasn't been that long since we've gotten to listen to a new Anthony David song, it's been nearly three years since he's given us a new tune (2013's cover of "Wonderful Christmas Time") and almost four since his last album, 2012's Love Out Loud. If you're going through Acey Duecy withdrawal, your wait will soon be over. The baritone-voiced singer is readying his sixth studio album, The Powerful Now, for release later this year. But before he drops that project in our laps, he's hitting us off with the set's first single, "Beautiful Problem," written and produced by long-time collaborator Shannon Saders.

"Beautiful Problem" finds Anthony addressing a love that's full of contradictions. He's found a woman that makes him feel joy and pain simultaneously. "Wrong kinda right, a happy kinda sad," he opens the song before continuing, "Feels so good, but it hurts so bad." But, even though this kind of love is complicated, to say the least, it's a complication that Anthony is willing to embrace with open arms, as the bitter and the sweet suit him just fine. To illustrate the situation, Anthony pairs a soulful, moody piano with sampled vocals, echoing drips and stirring percussion. His raspy voice sits perfectly in the mix, adding a dramatic flair as he sings about a relationship where the good and bad are one and the same.

Anthony hasn't given a solid release date for The Powerful Now just yet, but as soon as he gives word, please believe we'll be right in line to pick it up. Until that happens, get into the complexity of "Beautiful Problem" below.