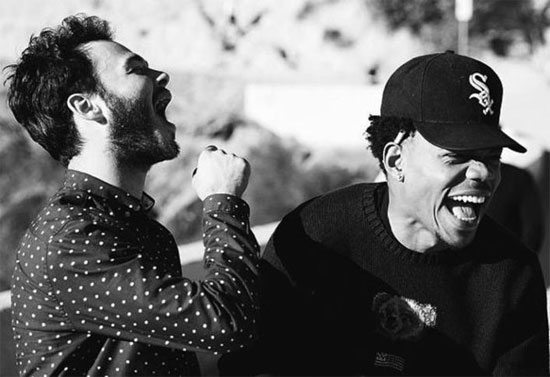 Chance The Rapper and Donnie Trumpet of The Social Experiment just dropped a fluid selection of unused tracks that were slated for the album Surf. Titled "The First Time," the release marks the one-year anniversary of the album. In the SoundCloud description, Donnie writes "Thank you to everyone who's still listening and growing with the music."

The first track in the collection has Chance using his signature vocals over soulful keys mixed with a little synth. "What comes up / Must come down," he sings to kick the song off and throughout the track for the chorus. The middle of the 10-minute ride features a trippy upbeat chant, and later '80s-inspired synths segue into a relaxing outro featuring Chance humming and ad libs. As you move through the 10-minute track, it feels like a soulful walk down memory lane with the duo's effortless chemistry and creativity shining through.

While the tracks featured in "The First Time" weren't used on Surf, we're glad they dusted them off for us a whole year later. Chance just released his new mixtape Coloring Book featuring the likes of Kanye West, Future, Lil Wayne, 2 Chainz and more, but it never hurts to remind folks where you came from. Listen to "The First Time" below and get your fix of Chance, Donnie and The Social Experiment's collaborative magic, which you can download over on SoundCloud.