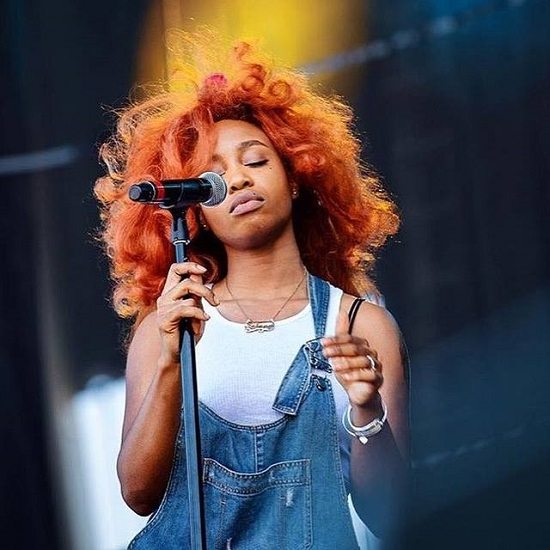 It's been a minute since we've gotten new material from TDE's resident songstress SZA, but don't think that she hasn't been hard at work cooking up a little somethin' somethin' new. But before she serves that up, she teases us with a new track, "twoAM," that is sure to tide us over until we get more.

SZA follows in the steps of Erykah Badu with "twoAM," as the track is another take on PARTYNEXTDOOR's "Come And See Me." But instead of turning the song into a duet, SZA makes it a solo affair as the wee hours of the morning find her contemplating her relationship. "2 a.m. again and I'm thinking should I come through," she sings with love — and maybe a little lust — on her mind. She rides the slow-burning slow jam with her unique vocal as she lays out the case for and against making another late night creep. She makes the conflict feel palpable, as many folks have been have been in a similar situation (or maybe just this writer). But, just as the slow groove seems to build, it stops abruptly. We're then treated to buzzy rock guitar and what appears to be a snippet of a new original track. "I might be thirsty for you," she sings repeatedly before it all fades away.

We're definitely loving her flip on "twoAM," but we're far more interested in what those last few seconds could mean. Until we know for sure though, we'll delight in streaming "twoAM" a few more times. You can too when you press play below.


TAGS:  audio, erykah badu, PartyNextDoor, SZA
Previous: Morning Soul: This Love Is Taking All Of My Energy Next: The SoulBounce Q&A: The Hamiltones Speak On Memes, New Music & Their Next Moves