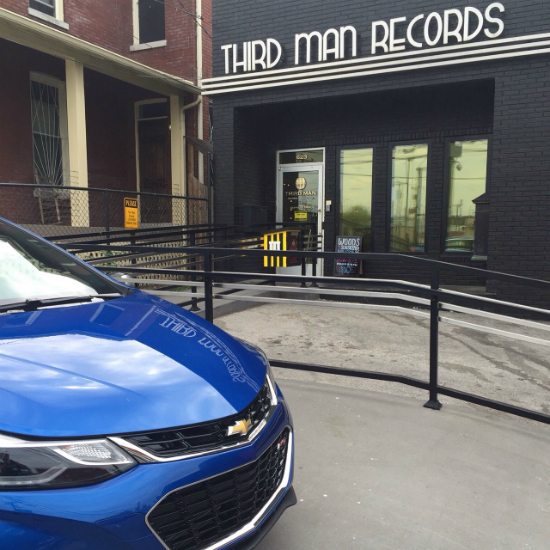 Any music lover worth the title knows that Nashville, Tennessee is an influential music industry city and home to one of the largest GRAMMY chapters in the U.S. So, when Chevrolet invited SoulBounce to the heart of Music City to experience the new 2016 Chevrolet Cruze, it was an offer we couldn’t refuse.

When we arrived in Nashville, we were briefed on the new technologies featured in the Cruze and Chevrolet's 24/7 promise of 24 months of SiriusXM, OnStar and built-in 4G LTE Wi-Fi (24 months or 24G, whichever comes first). It sounded impressive, and we couldn’t wait to test it out. We jumped into a brand new production vehicle and took a leisurely drive around downtown Nashville and historic Music Row with SiriusXM's The Groove channel playing.

Music Row is an area in downtown Nashville that became home to hundreds of music-related businesses and artists in the 1950s. Capital Records was one of the first major labels to move its country music personnel to Nashville, but it wasn’t until the Country Music Association was founded and RCA opened Studio B, that Nashville gained its famed and lasting moniker, Music City U.S.A.

Over the years, it has evolved and grown with the times and continues to be a force in the music industry with a growing number of artists from all genres heading there to live or record new music. We can even think of a couple of SoulBounce faves who recorded their latest albums there, such as Jill Scott and Anthony Hamilton. Listen closely and you can hear that Music City country influence on Jilly's “Run Run Run” and AHam's “Never Letting Go.”

After our drive-by tour of music history, Day 1 of our excursion ended at Little Octopus with a fine dining and music experience curated by multiple GRAMMY, ASCAP, ACM and CMA award-winning producer, songwriter, musician and publisher Frank Rogers. At dinner we met some of the talented designers and engineers behind the 2016 Chevrolet Cruze. We enjoyed amazing cuisine served family style by Chef Daniel Herget and a unique storytelling and music in-the-round listening experience featuring four of Music City’s top songwriters.