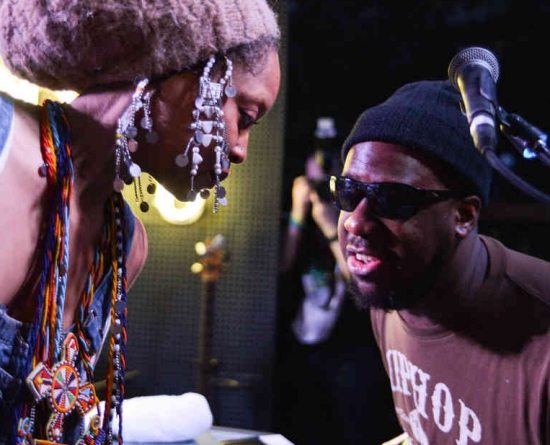 We already know that Erykah Badu and Robert Glasper work well together. The frequent collaborators and Texas natives (she from Dallas, he from Houston) often bring it when they're in the studio together, as evidenced by their cover of "Afro Blue" on Robert Glasper Experiment's Black Radio in 2012. But what about a collaboration between Glasper, Badu and Miles Davis? Though something like that would only be a dream a few years ago, it's come true now with the release of new Everything's Beautiful single "Maiysha (So Long)."

The song, a revisit of Miles' 1974 song "Maiysha," sounds just as good as it looks on paper. Adding a bit of bossa nova into the song's Latin-jazz-funk fusion, Erykah picks up on the rhythm of the organ and Miles' trumpet solo to weave a tale of a woman plaintively putting off a persistent lover while spouting out a heap of double entendres (word to Michael Scott). "It's hard being with you / Too hard / That's what she said," she sings, tongue planted firmly in cheek. The whole affair is pretty sweet, but it gets even sweeter when Robert echoes Erykah's vocal with Miles' actual trumpet solo, bringing everything full circle. As well, if it sounds a little familiar, Erykah and Robert gave the folks at BuzzFeed a very early preview before we knew that Everything's Beautiful was on its way. Pretty sneaky, guys!

We still have a little over a week until Everything's Beautiful arrives in stores, but as smooth as this sounds, it's the perfect soundtrack to ride out the wait. Go ahead and press play, you won't be disappointed.