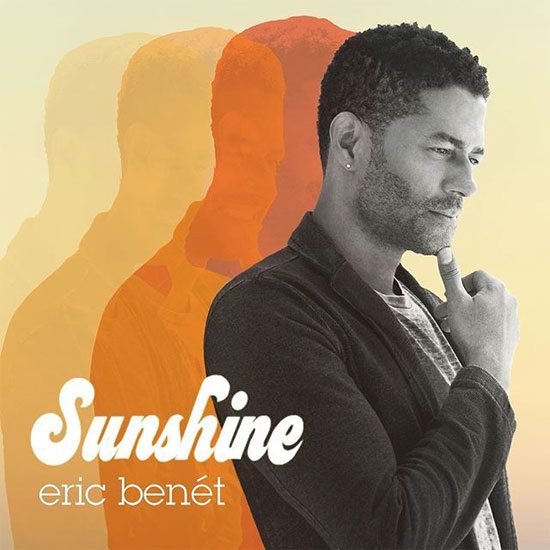 If the weather is dreary wherever in the world you are, Eric Benét is here to cut through the clouds with his new song "Sunshine." The R&B stalwart is back on the scene with something new to tug at the heartstrings and activate your feelings. On "Sunshine" he sings of a love that's lost its shine and has become mundane over the years. But Eric wants that old thing back and yearns to rise in love once again. He presents a soulful argument to his lover to hold on to what they've got and light up each other's lives like they used to. We're so convinced that we want to give Eric another chance, and he's not even singing to us!

That's just how good Eric Benét sounds, however, as he croons in his trademark falsetto over a mellow smooth bed of organ, guitar, drums and horns. The song builds to crescendo on the bridge where Eric lets loose, flexes his range and sings with so much passion that there's no questioning his sincerity.

Benét has put the finishing touches on his as-yet-untitled eighth studio album, which will be released this fall. Knowing the soul man's winning track record, we suspect that this album will be another strong collection of R&B grooves and soulful love songs with "Sunshine" lighting up the way. Listen to Eric Benét's latest single, watch the performances music video featuring his daughter India Benét on background vocals and bounce on over to Amazon, iTunes or Google Play to add it to your collection.


TAGS:  audio, eric benet, india benét
Previous: Selah Sue Gives Us A ‘Reason’ To Hold On Next: MNEK Returns To Keep Us Up ‘At Night’