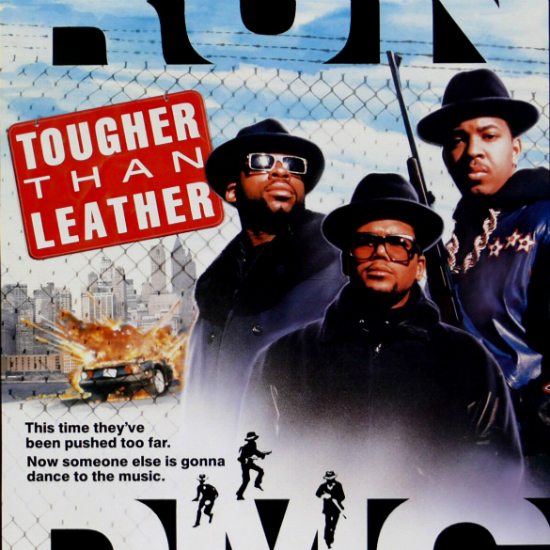 In 1988, Run DMC was riding high on the release of their album Raising Hell, an album credited with kicking off hip hop’s golden age. The album’s rock sound had commercial appeal that extended beyond the New York City streets and paved the way for other artists. They would follow up this success with Tougher Than Leather, an album with a grittier sound more in line with hip hop at the time. In addition to releasing the album, the group collaborated with Rick Rubin on a film of the same name.

The film was a crime caper in the vein of ‘70s blaxploitation movies, with inner city heroes taking justice into their own hands. Directed by Rubin in the film, the legendary hip hop group is challenged with stopping an evil drug lord / record company executive who killed their friend. Like most movies led by music stars, Tougher Than Leather was quite hard for audiences to swallow. It was almost universally panned by reviewers, who called the film “vile, vicious, despicable, stupid, sexist, racist” and everything but a child of God. It is pretty much a glorified student film.

If you didn’t see Tougher Than Leather in the ‘80s, you might have a hard time getting your hands on a copy — at least an official one. Not only were VHS sales low, but there is a rumored injunction on the film by The Beastie Boys and Capitol Records to make sure the film never sees the light of day again. However, it can still be found online.