Justin Timberlake Brings The Sunshine With ‘CAN’T STOP THE FEELING!’ 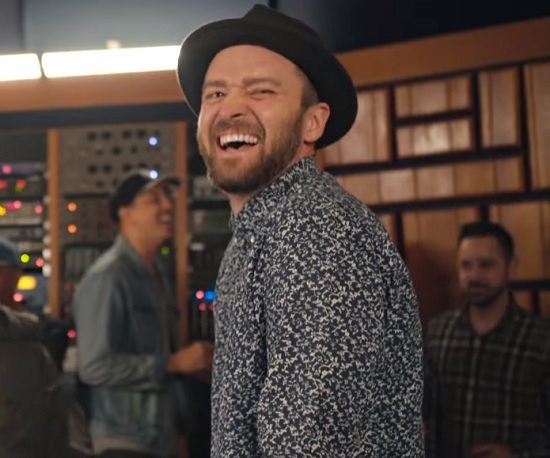 It's been three years since Justin Timberlake dropped The 20/20 Experience in our laps. While that's not really that long of a break, especially considering the long wait between FutureSex / LoveSounds  and 2o/20, some people are clamoring for new material from the pop star. Well, today's their lucky day, as Justin has just released his new, feel-good single "CAN'T STOP THE FEELING!"

The track, which is the lead single from the upcoming animated film Trolls and its soundtrack, finds Justin reuniting with producer Max Martin to create sunshine-y good vibes perfect for the upcoming summer days. Over a swinging groove more than a little reminiscent of Michael Jackson's style (because what's a JT track without a little MJ influence) with a dash of Stevie Wonder thrown in for good measure, Justin waxes poetic about that good feeling that comes over you when everything's going right.

To add in on the fun, Justin also dropped a kinda-sorta video for the track. It features Justin and his Trolls castmates and a few friends — including Gwen Stefani, Anna Kendrick, James Corden and duo Icona Pop — as they dance, sing, groove and jam to the song. With smiles on everyone's faces, it definitely looks like everyone was having a good time making the clip, doubling down on the song's happy-go-lucky feeling.

"CAN'T STOP THE FEELING!" is available for streaming now, but the Trolls soundtrack (which will include three new JT tracks) will hit stores on September 23rd, with the movie making its official bow on November 4th. While that's surely a long wait for fans of Justin, you can play the video to your heart's content right here.