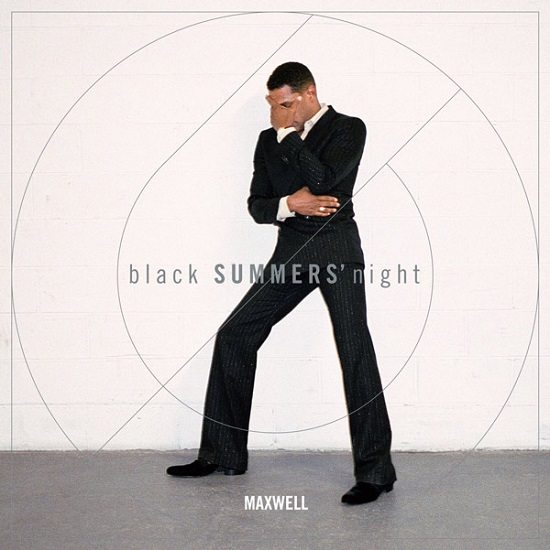 Maxwell is back! We know that the singer announced that blackSUMMERS'night, the second entry in his trilogy, would be coming a while back, but it's never officially official until you get an album cover or a video. Today, he's given us both. Earlier, he dropped the visuals for "Lake By the Ocean," the album's lead single, and now he's given us not only the album art, but its tracklist as well.

blackSUMMERS'night will be a 12-song affair and, judging by titles like "All the Ways Love Can Feel," will find our boy Max working in his loverman wheelhouse. As well, "Lake By the Ocean" won't be the only familiar title as "Gods" — which the singer previewed more than three years ago — has also made the cut. But things also seem a bit more serious with titles like "Ill," "Hostage" and "Lost" definitely causing us to raise an eyebrow. Needless to say, we can't wait to get this one in our hands and headphones.

Peep the album's cover above and check out the tracklist below. As well, if you want to see Max doing his thing life on his summer tour, we suggest you head to his site for info about how to get tickets before they're gone. blackSUMMERS'night will hit stores on July 1st.


TAGS:  maxwell
Previous: Maxwell Gets Steamy In His ‘Lake By The Ocean’ Next: St. Louis, MO Bouncers: Win Tickets To See The Foreign Exchange In Concert!