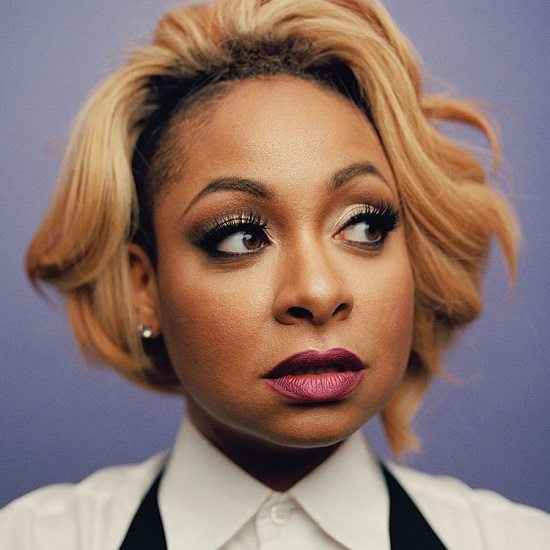 These days Raven-Symoné is known for stirring up controversy on The View and her role on That's So Raven, but back in the day, the former child star did her fair share of music, releasing her first album at tender age of seven and even doing a stint as one of Disney's Cheetah Girls in the 2000s. It's been a minute since we've heard a musical peep out of the singer, but it looks like she's been in the lab cooking up something a bit more grown up than her previous outings."It's been a long time comin! Hope you all enjoy," she wrote on her Facebook wall with a link that led to two new songs, "Cruise Control" and "Sarafina," from the talk show panelist.

"Cruise Control" is a sexually-charged track that finds Raven comparing a lustful encounter to a ride out on the open road. Erring on the pop side of pop/R&B, moody piano and strings underscore her longings on the verse, with heavy-hitting drums bleeding into the mix for the chorus. While the sexual material is pretty new for Raven, perhaps what's most eyebrow-raising are her moans that come near the track's end, with Raven doing her best Janet Jackson impression. "Sarafina, on the other hand, is more experimental in nature, with watery-sounding woodwinds helping the singer/actress tell a tell of faraway lands. In the words of Raven, it features "eerie sounds of melodic, fantasy vocals" (Oh, alright then) and seems like it belongs on the soundtrack for Game of Thrones.

While we definitely weren't expecting these sounds from the singer, they're interesting to say the least. You can listen to both tracks below, and let us know if you're digging her new tracks in the comments. And for more Raven, peep her sharing her "It Gets Better" story with Entertainment Tonight here.


TAGS:  audio, janet jackson, raven-symoné
Previous: Daisha Shows Us What The ‘Good Life’ Is All About & Drops Her Debut EP Next: NYC Bouncers: Win Tickets To See Kaytranada In Concert!