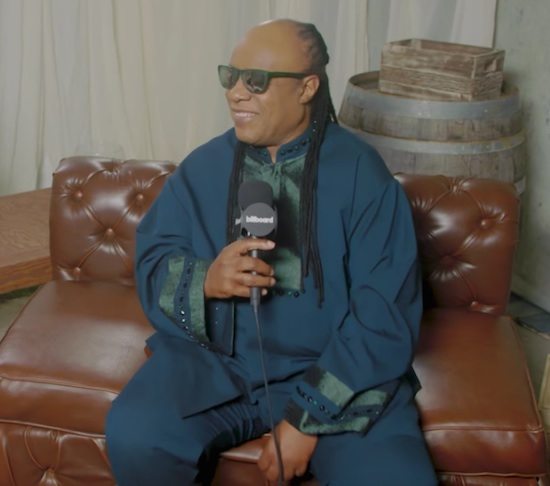 Stevie Wonder is without a doubt a musical genius and living legend still walking among us, so when we hear that someone as masterful as him is still creating more new music, we pay extra special attention. While the 66-year-old Motown star appeared at Napa Valley's BottleRock festival over the weekend, he took some time to sit down with Billboard to discuss what he's currently listening to and what we can expect from his upcoming project.

As far as what's caught his attention, it seems that even Stevie is sippin' Beyoncé's Lemonade, calling the visual album a "great art piece" and even requesting that Bey make the lyrics available in braille so that all music lovers around the world can enjoy the project. After he was done showing the one-time child of destiny some love, he moved on to talk about what he's been cooking music-wise, letting it slip that he has a new album coming (which we pretty much willed into existence when we asked Mr. Wonder to make it so at the top of the year — you're welcome), tentatively titled Through The Eyes Of Wonder, and teased that "we've got some great singers, some new singers, some new talent" involved in the project. With more than 50 years in the music industry, we can only imagine what else that Stevie has got up his magical sleeves and who he'll be sharing the spotlight with.

Speculate with us after you check out Billboard's video, which also includes Stevie taking a trip down memory lane about getting his first award at age 13, below.


TAGS:  beyoncé, stevie wonder
Previous: Get Lost In ‘The Wonder Of Stevie’ With DJ Spinna Next: Keke Wyatt Adds A Woman’s Perspective To ZAYN’s ‘Pillowtalk’