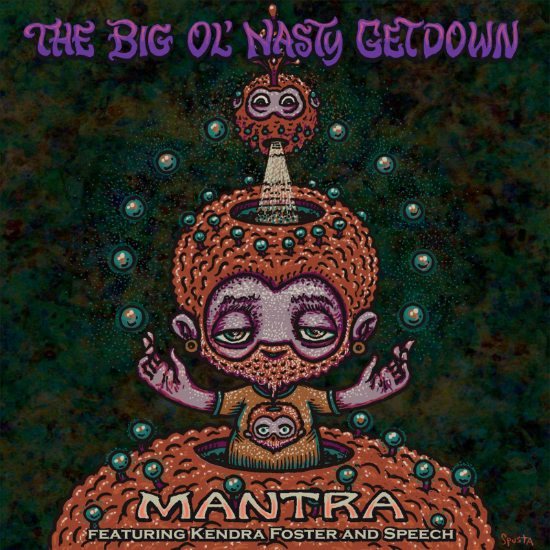 It's about time you got a little funk in your system, and The Big Ol' Nasty Getdown is making sure of just that. The collective released their debut Volume 1 back in 2012, and now they're gearing up for their upcoming release with the right pick of talent. Collaborating with Kendra Foster and Arrested Development's Speech, the funk collective deliver their uptempo horn-filled track "Mantra." The song, featuring unforgettable guitar from The Time's Tori Ruffin and bass from Norwood Fisher of Fishbone, serves as the group's lead single for the upcoming fall release of Volume 2.

Kendra and Speech provide their own lyrics for the song, and both stand out with their respective brands of scrunch-up-your-face funk. Known for her GRAMMY-winning collaboration with D'Angelo on Black Messiah, Kendra is proving to be a consistent talent we always look forward to hearing from. Last month, she released her single "Promise to Stay Here" and now it looks like she's shopping her soulful talent around for the taking before her self-titled debut in June. She breathes palpable energy into the instrumental, as she always does, adding a memorable layer of soul to "Mantra" that will entice you to keep the track on repeat before it fades out.

In case you have yet to experience The Big Ol' Nasty Getdown, members of Parliament Funkadelic, Bootsy's Rubber Band, Yo Mama's Big Fat Booty Band, The James Brown Band, Kool & the Gang, Earth, Wind and Fire and more have been a part of the group over the years. You can cop "Mantra" on iTunes and get your funk and soul quota for the week when you press play below.