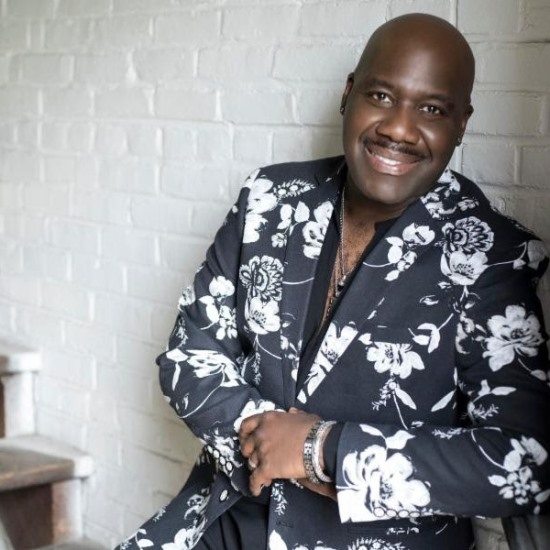 Will Downing's ability to seamlessly blend jazz and R&B with his own brand of cosmopolitan soul has been winning over audiences for almost 30 years now. With his inimitable velvet tone and urbane qualities, it's pretty obvious why women, in particular, have a soft spot for his distinctive grooves and amorous ballads. Ever the gentleman, Mr. Downing aims to reciprocate that love for the ladies with his upcoming album Black Pearls, a project featuring covers of some of the greatest songstresses from the past five decades.

Although he's no stranger to covering timeless gems by phenomenal women (his amazing rendition of Angela Bofill's "I Try" for example), Will reveals the true inspiration album's concept: "Phyllis Hyman started this whole project. I was having a conversation with a friend who also worked with Phyllis. We both agreed that "Meet Me On the Moon" was our favorite Phyllis tune. My friend suggested I remake it...After completing it, I thought maybe this is a great opportunity to pay tribute to other female artists that I have always loved. That's how Black Pearls was born!"

Honestly, the concept alone is enough to pique our curiosity. Thankfully, though, Mr. Downing was kind enough to give us an unexpected preview with album opener, a remake of Cherrelle's "Everything I Miss At Home." Cherrelle employed coquettish charm and brought the heat with this 1988 ballad that caused many people to re-evaluate their relationships (and possibly inspired a hook-up or two). Will doesn't stray from the original formula, retaining the steamy vibe and titillating the listener with his smooth and debonair vocal style.

In addition to Cherrelle and Phyllis Hyman, the ambitious undertaking will also feature songs by Chaka Khan, Deniece Williams, Randy Crawford, Jean Carne, Angela Winbush, Brenda Russell, Oleta Adams, The Jones Girls and The Emotions. Making the album even more special is that Downing got to work with a very special singer, his wife Audrey Wheeler. Sounds like this will be another memorable masterpiece and we can't wait to hear more when Black Pearls drops on July 8th. In the meantime, get into the lyric video for "Everything I Miss At Home" below.