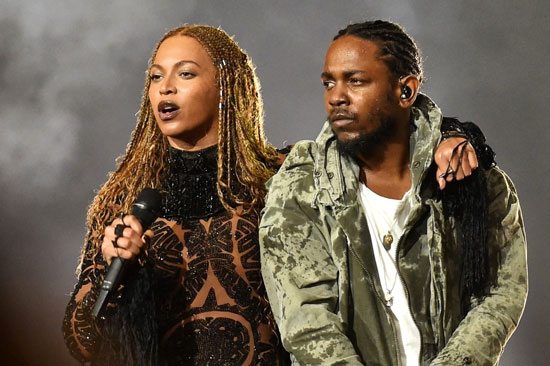 The BET Awards 2016 promised to be lit, and they lived up to it by kicking the show off with the one and only Beyoncé. Though rumors buzzed that Bey would be making an appearance during the telecast, few knew that she'd in fact be the opener. Then the lights went down in the Microsoft Theater and Martin Luther King, Jr.'s moving speech played over the speakers as her dancers, draped in skin-tight outfits covered with tribal print, came walking down the aisles. By the time the camera turned to the stage, there stood Bey in the middle of a shallow pool of water while flanked by dancers.

What happened next was nothing short of mesmerizing. Bey took control of the stage like only she could, roaring the lyrics of her song "Freedom" as her dancers moved around her, kicking and splashing water in their wake, making for an arresting visual presentation (it also created an element of suspense, as one accidental mic drop would've fried everyone on stage). Just when you thought the energy of the performance couldn't get higher, up pops Kendrick Lamar, who unleashed his fiery verse while Bey shook her intricately cornrowed braids behind him. Then he joined her in the water, stomping and spitting as the water they kicked up baptized the stage.

Whether a fan of Bey or not, you have to admit that it was incredibly moving show opener that set the bar pretty damn high for any performance that came after it. Check out the electrifying performance of "Freedom" below.