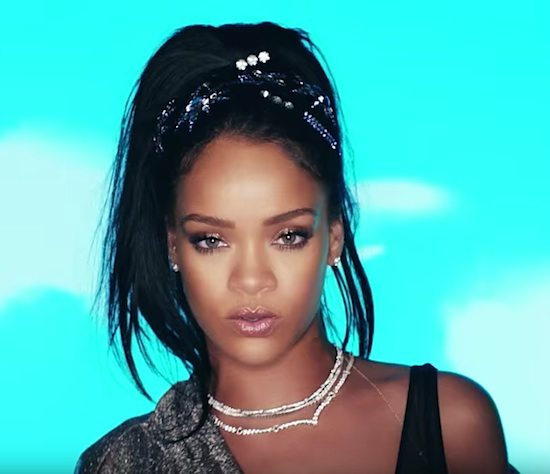 Calvin Harris may have recently broken up with Taylor Swift, but a relationship that's still going strong is his working one with Rihanna. Almost five years after they found love and a hit song in a hopeless place, they've stumbled upon another winning single with the track "This Is What You Came For." The EDM concoction is currently sitting pretty in the top 10 of Billboard's Hot 100, and we suspect that it may just rise to the top of the charts with the release of the slick music video.

Rihanna is naturally the focal point of the clip, and she saunters, shimmies, spins and twirls around inside a large white box that is seen in a dessert, a forest and a soundstage. The scenery around the box changes as do the scenes that flash inside on the walls along with laser beams and technicolor lights. During a few of those flashes we see Calvin Harris pop up, but he doesn't interact with RiRi, who is having the time of her life all by herself. Director Emil Nava's camera loves her as she sings and seductively stares into it.

Ms. Fenty is having a stellar year, and we're only at June. The ANTI era is in full swing, and the ANTI World Tour picks up tonight in Europe where she'll be touring through August. As for Mr. Harris, the Scottish DJ is rumored to be dropping his new album some time this year.